This week I am sharing a guest post by my colleague Nina Funnell. Nina is a freelance writer, social commentator and author. This post was originally posted by RendezView.

Well this is depressing.

Lily James, who plays Cinderella in the latest Disney remake of the film by the same name, has admitted that she had to go on a liquid-diet in order to fit into the corset she wore for the part, adding that the outfit was so physically constricting that “if you ate food [while wearing the dress] it didn’t really digest properly”, causing her to burp continuously while trying to deliver lines.

Disney has already defended itself against claims that the actress’s waist had been digitally manipulated to appear smaller, stating that “Lily’s waist hasn’t been altered – she’s wearing a corset.”

Yes, indeed. A waist altering corset. A corset worn so tight that not only does it change its owner’s normal physical appearance, it also interferes with the functioning of her internal organs too.

In response to criticisms about the depiction of her character’s tiny waist, Lily James has hit back saying “why do women always get pointed at for their bodies? … I feel like I’ve got to go: ‘I’m sorry I’ve got a small waist’”.

And you know what? Ordinarily I’d be right there with you, Lily. It sucks that women’s bodies get scrutinised and judged so mercilessly by the media and others. And it sucks that actresses of all different shapes and sizes are subjected to such endless criticism about their looks.

Because while I agree that we should all take care not to skinny-bash celebrities, it’s not skinny-bashing to point out that an item of clothing which is so restrictive that it stops a woman from digesting food properly is not something we should be parading around in front of small children and holding up as the defining standard of beauty.

This issue hits close to home for me. Over the past couple of years five of my friends have given birth, all to girls. And while it delights me to no end to think that pretty soon we’ll have enough to start our own junior girls soccer team, I also know that what I want for those girls is for them to grow up in a very different world to the one I grew up in.

Because I was six years old when The Little Mermaid came out at the cinemas and I remember it like it was yesterday. I remember catching the 506 bus into town. I remember going to George Street Cinemas in Sydney. And I remember sitting in my seat and staring up the giant screen. And what I saw – and what I yearned for in that moment- was the skinniest waist I had ever seen.

In fact Ariel’s waist had such a profound impact on me that when my brother later teased me that if I ate a big meal, my stomach would look like I swallowed a soccer ball, I had to hold back tears of despair. And I remember everything about that moment too – where I was, the exact words that were used, and how I felt at the time.

And no matter how much we might talk to girls about image manipulation and corsets and photoshop, nothing can ever truly erase the power of an image.

Perhaps the images we should really be showing to girls are those which capture the disfigurement which results from extended use of a corset. (While we’re at it, we could also show them the disfiguring results of foot binding, since the story of Cinderella was originally adapted from a Chinese tale about maiden who slides her foot into a tiny slipper, thus proving she has the smallest foot in the land, and is therefore the most virtuous and kind woman for the Prince to marry.)

And we could also show girls these images of Disney princesses with realistic waists and hair.

But what we shouldn’t be showing them is complacency in the face of Disney unnaturally shrinking down its female stars, through any means, including the old fashioned ones. 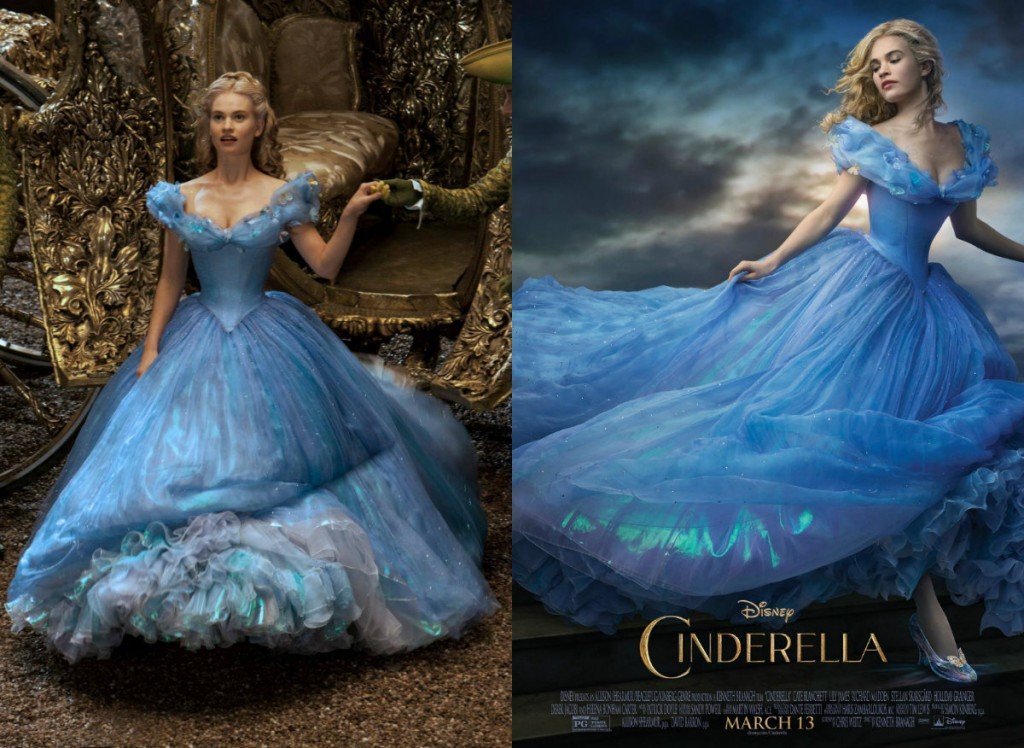