The news that the body of Melbourne woman Jill Meagher has been found has left many of us distressed, and searching for answers. And, driven by this fear, we are at risk of offering misguided and potentially harmful advice to our young women. Case in point, a friend posted this as her Facebook status today: “To all my female FBFs: promise never, ever to walk home alone. RIP Jill Meagher.”

My aim in pointing out why this status is so unhelpful and misguided is certainly not to embarrass this Facebooker, but I do want to draw attention to how problematic this type of discourse is as I have seen and heard many similar comments in the past 48 hours. In fact, following on from an excellent piece about the dangers in victim shaming written by Clementine Ford this week, I was asked to caution against dialogue that assumes those who are harmed must have been doing something wrong on channel 9’s Mornings program yesterday.

So, what are the uncomfortable truths?

Firstly, Ms Meagher lived 700 metres from her home –  it is highly unlikely a cab would have taken her such a short distance and even getting a cab home wouldn’t necessarily have guaranteed her safety: there are a significant number of assaults on women in taxis. In Western Australia alone, ten drivers were convicted of sexual assaulting passengers  in the period from January  through to August 2012, whilst the WA Transport Department  received 52 complaints about sexually inappropriate behaviour during this same time frame.

Secondly, even if women did remain forever vigilant and never left the house unless escorted, they are not guaranteed safety. The vast majority of episodes of violence against  women occur with someone the woman knew, and trusted; many women are not safe even in their own homes. One in three Australian women will experience violence in an intimate relationship.

Finally, let’s ask ourselves the following questions. Is it fair and reasonable to expect women to live in a state of perpetual fear? Where would we draw the line; do we expect all girls and women to only walk to and from their workplaces and schools if they are escorted? After all, violence does not only happen after dark. And, is a world in which women no longer have personal freedom, one we want to be promoting?

Wouldn’t better advice be: “To all my FBF’s promise never, ever to assault women”?

The uncomfortable truth is that there is no quick, easy fix. Violence against women will not be stopped simply be increasing female fear (besides, ask any woman – there is plenty of fear there already). Violence will not be stopped by only ever walking in company, or by refusing to go out at night, or by demanding women keep themselves safer.

This week, in an attempt to make some sense of the senseless, and initiate more nuanced discussions, I am sharing a post by Psychologist Jacqui Manning.

NB: this blog talks about the traumatic effects of sexual assault – if you feel this will be painful for you to read, please pause here and/or get support before you do – LifeLine are 24/7 on 13 1114.

Jill Meagher and the problem with our men 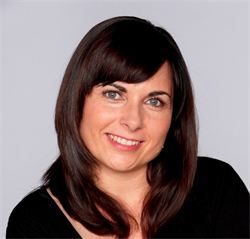 As with many people across Australia I am writing with a heavy heart as the body of Jill Meagher was discovered this morning. I haven’t been able to stop thinking about her and think this is probably because I have done what she did a thousand times before. Why wouldn’t it be OK for her to walk a short distance home from where she was?

By all accounts she was smart, independent, savvy and familiar with her surroundings, all protective factors however the unthinkable happened to her.

The focus has been on women keeping themselves safe after dark, however it really should be on the men committing these heinous crimes and how we as a culture can make changes so this kind of crime diminishes over time.

Random brutal violence can happen to both men and women as we saw with the death of Thomas Kelly in Kings Cross, however while it does happen, the majority of attacks on men don’t involve sexual assault.

The ramifications of sexual assault are life-long. Even 20 years later those who experience this most horrible crime can suffer with the traumatic effects.

These can include:
* nightmares
* physical reactions of trauma and anxiety – heart palpitations, racing thoughts, sweats
* not wanting to get into a relationship
* not wanting intimacy with a trusted partner
* not being able to have children (fear of being examined/the whole process)
* not feeling safe in their own home – whether or not the assault took place there
* destroyed self-worth

I work with my clients to try and heal, re-build, learn strategies to alleviate the very real physical aspects of their trauma, and it does work over time. I remember many years ago one of my lovely clients who had just completed an emotional session with me regarding her sexual assault, walked out of my room beaming and saying “I never thought I could feel so light and free about this”.

But wouldn’t it be wonderful if the therapy came as an early intervention for our men, rather than as a tool to mop up the mess? Wouldn’t it be great if by one man seeking help for his problems, this prevented the downward spiral that leads to committing the crime of sexual assault (and murder) which affects not only the victim but their families and loved ones?

In our culture men are taught (from a very young age) to toughen up, don’t cry, deal with it, ‘don’t be a girl’ if they are feeling sad/down/upset. So what are men supposed to do with their very real feelings?
In Australia they are ‘allowed’ to drink heavily, get angry, be sullen, perhaps even get violent, that is all just a part of ‘boys being boys’.

I know absolutely nothing about the man who raped and killed Jill Meagher and I don’t know if anything could or would have prevented him from inflicting such horror.

I do know however that we can try to do better and rather than constantly laying the responsibility at the feet of women to keep themselves safe, we need to shift that responsibility where it belongs – to the perpetrators and to a society that hasn’t taught their men better ways.

Please call LifeLine if this article has been difficult for you to read and/or seek help from a trusted professional. Lifeline 13 1114

One thought on ““To all my Facebook Friends: promise never, ever to assault women.””