In the past week there has been much discussion over size. A diet book aimed at girls from 6 years old and up caused outrage by nutritionists and lead to me having a rather heated debate with Kerri-Anne on her television program regarding the current hysteria over the widely reported obesity crises (my argument? Basically that health may take many shapes and sizes and we need to stop obsessing over numbers, particularly when it comes to measuring and weighing our children). The National Eating Disorders Collaboration Conference (NEDC) was held in Sydney just yesterday too; its aim was to collaborate on best practice approaches towards treating and preventing eating disorders which are sadly on the increase and are now manifesting in children as young as 7. Simultaneously (in perhaps one of the worse examples of poor timing ever) Fairfax fashion writer Georgina Safe  caused an on-line furore over her opinion piece which slammed a plus-size fashion parade at the Fashion Festival of Sydney.

Given the debates that are raging over how much space women should be allowed to quite literally take up, I thought it timely to offer a response to Ms Smart and turned to the fabulous Wendy Harmer for this. Wendy has just launched a new “online playground”, The Hoopla, aimed at women. I  was a guest over there earlier this month: you may like to read my post “Love thy daughter, Love thy self.” The following guest post is also featured at The Hoopla this week. 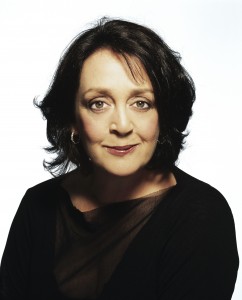 Try as she may, there’s no way Fairfax fashion writer, Georgina Safe, can dress this one up. In her opinion, some of the plus-size models in the recent Myer “Big Is Beautiful” catwalk parade were fat and ugly.

How else can you interpret this: “While there were some pretty faces, others were wanting. Granted, some of them were regular citizens rather than professional clotheshorses, but this still defeats the purpose of inspiring consumers to buy the clothes.”

Hmmm. That’s as plain as the nose on your, or their faces. Safe even takes a swipe at one model who, on being selected for the show, said she’d be able to relax and eat a few cream puffs.

Safe goes on to say: “Plus-size shows and models should be judged by the same standards as any other fashion shows and models, as was observed by the director of plus-size agency Bella Model Management, Chelsea Bonner… ‘Plus-size models have to be just as aspirational, just as tall and just as heart-breakingly beautiful as any other model,’ Bonner says.”

But, hold on. Weren’t some of the models “regular citizens”? I imagine that was partly the point of the exercise, wasn’t it?

The parade took place as part of the Fashion Festival of Sydney and, as far as I can tell, was supposed to be an inspiration for big women who want to be fashionable.To make fashion more democratic and accessible for we ordinary schlubs.

But then there was the problem, according to some, that the plus-size models were not integrated into the main catwalk shows, but relegated to their own frumpy parade.

No problem for Safe, who clearly agrees with size apartheid, and writes: “But I disagree with Bonner on another point: while she applauded Fashion Festival Sydney for staging a plus-size show, she says true size equality would not occur until models beyond sample size were integrated into all runway shows. ‘Just chuck one or two in each show; don’t make an issue of it, just do it,’ she says.

“Frankly, why should we? Standard-size models, like Olympic athletes, are a genetically gifted species. Most consumers understand they will never look like them. The simple fact is that clothes look better on beautiful, slender young women. If the collection is lacklustre and the models are less than top-notch, what was the point of Tuesday’s show?

“The only truly stunning model on the runway was Lawley who, by the way, appears to have whittled down from a size 14-16 to a size 12.”

(Which means, given her height, she wasn’t a plus-sized model anymore by the standards of the majority Australian women, who, in most statistics I read, come in a comfy size 14-16.)

Safe misses the point, in my opinion, when she compares models with Olympic athletes.

Our athletes are applauded for their strong, fit bodies. By contrast we know that young women in many runway shows are dangerously underweight and when young girls try to emulate them, they risk developing eating disorders.

We also know that so many “regular citizens” look at fashion shows and cannot see a thing to wear as modelled by size 6, teenage coathangers. With the fashion industry in the doldrums, it would seem sensible to appeal to the majority of larger-sized women, of which I am one (too many “cream puffs” I suppose). I took a lingering look at many of the clothes and found a few there I’d buy.

Really, what is the point of sending a snippy fashionista along to a show that’s trying, for once, to make bigger women feel good about themselves?

If the clothes weren’t exactly “inspiring” as Safe says, that’s one thing. Making rude comments about women’s prettiness or otherwise is another. And in this article, Safe reveals her own character as “wanting”, if you ask me.

Now, if you’ll excuse me, I’m off for a breakfast of cream puffs.

4 thoughts on “Size Apartheid. We’re Over It.”