The old adage “boys will be boys” is now widely dismissed as not just an excuse for bad behaviour, but as dangerous, too – not just for girls and women, but also for boys and men.

And as our expectations have been raised, so too has the angst over getting the parenting-without-the-patriarchy formula right.

1. Talk the talk and walk the walk
Don’t underestimate the fact that the lessons your son learns from you won’t all be dished up via what you tell him, but rather through your actions.

All the lectures in the world on the need for respect won’t resonate as authentic if your son hears you making sexist jokes or if he notes that the women in the house always do the housework without any help from the men.

2. Teach him consent (and start young)

Help him understand he has agency over who touches his body and that he needs to respect the agency of the people around him, too.This ongoing conversation may start with simple lessons such as helping him understand that “no” means no. Silence is also a no, and a “yes” isn’t really a yes if the other person actually looks uncomfortable.

3. Introduce him to the basics of feminism
We have been busy pushing the “you can be whatever you want to be” message to our daughters, but we need to share the same messages with our boys. Believing in the social, economic and political equality of the sexes means boys, too, are liberated from modern views on masculinity that would have us believe, for example, that blokes must be stiff upper-lipped and simply “man up” when overwhelmed.

4. Expose him to positive role modelling

Seek out opportunities for your son to connect with adults who may act as guides. You may do this through more traditional activities such as sports and scouts; encourage him to volunteer with a charity, too.

Don’t dismiss the power of positive female role models, either. In her book Mothering Our Boys, Maggie Dent found that many of the 1600 men she surveyed when writing the book mentioned the power that a caring, consistent woman had in helping them find a better way of moving through the world.

5. Develop his emotional literacy and empathy
If we are serious about curbing male violence – both the type that is directed towards others and the self-destructive variety – we need to start the urgent work of educating men on how to identify their emotions.

Studies show we spend much less time talking to boys about their feelings than we do girls.

We need to increase their emotional vocabulary (is what they’re feeling really anger, or is it perhaps loneliness, fear or shame?), teach them how to manage triggers for their rage and encourage them to see the value in seeking support when things feel overwhelming.

6. Promote fatherhood
When boys grow up to become involved dads, everyone wins. 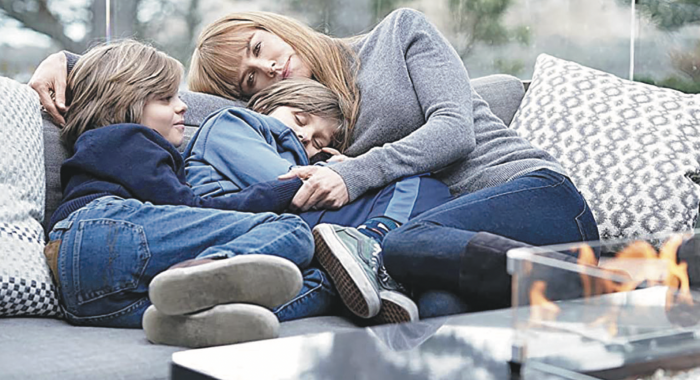 This post was first published in Body +Soul magazine nationally.