Just what advice on starting university would one be so bold as to offer the youngest ever Nobel Laureate?

Five years after being shot in the head in an attempt to silence her protesting the right for women to have an education, Malala Yousafzai has started at Oxford University — and she’s reached out online asking for tips.

Perhaps due to the fact Malala is such an extraordinarily impressive young woman, the guidance offered up on Twitter so far has been notably earnest; various note-taking software programs have been recommended, a mattress pad was described as essential due to the beds being rather hard, she was even prompted not to forget her toothbrush. Yawn.

Boldly going where no-one else has dared yet go, I’m prepared to offer Ms Yousafzai the low-down every young woman really needs before commencing tertiary studies:

1. Take a course that delights you — even if it has no obvious connection to your future career goals

There’s plenty of time in life for focused, purposeful study. If ever there was an opportunity to immerse oneself in learning simply for the joy of it, it’s during first-year. Universities cater to this desire by offering courses such as the intriguingly titled The Physics of Star Trek (Santa Clara University) and Duke University’s California Here We Come: The O.C. & Self-Aware Culture of 21st Century America. In the latter course, students have the opportunity to “analyse Californian exceptionalism and singularity in history and popular culture, girl culture, 21st century suburban revivalism and the indie music scene.” Don’t walk, run!

2. Maintain a sense of humour

I suspect every time Malala opens her mouth to speak, a reverential hush will descend upon her classmates as they lean in to hear her words of inspiration — only to have her ask, “Excuse me, could you please tell me how to get to the Lindemann Lecture Theatre?”

A sense of humour will help her cope with the scrutiny too; she’s already been trolled on social media simply for wearing skinny leg jeans and heels on campus. 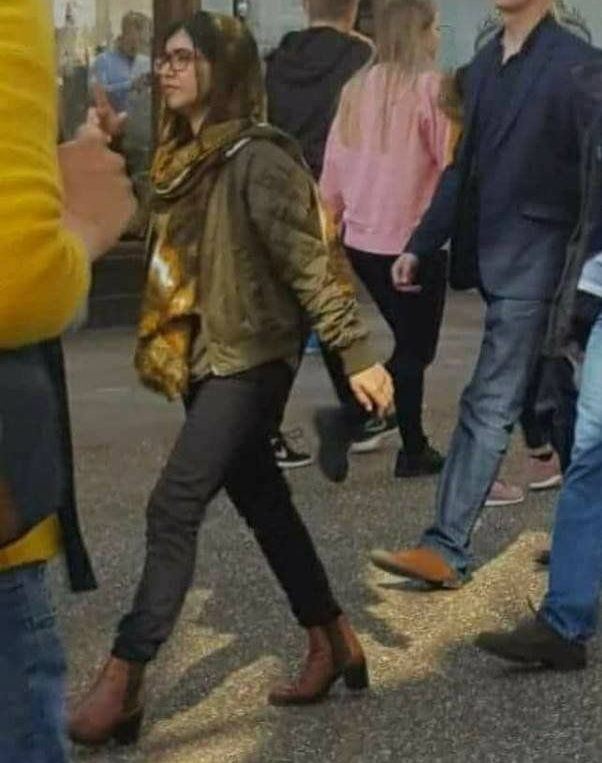 3. Brace yourself for disclosures

Studies have shown that sexual assault victims will often first disclose these types of incidents to a trusted female friend, and that how that listener responds will significantly impact on the victim’s capacity to recover.

Nina Funnell, an ambassador for End Rape On Campus Australia, says “Research has found that most victim-survivors are terrified that they will not be believed or that they will be blamed for the violence they have experienced. The most powerful thing a person can say is simply: I believe you; it’s not you’re fault; you’re not to blame, and you’re not alone.”

4. Learn how to deal with drunken bores

Universities are notorious for their binge drinking culture. In fact, former Prime Minister Bob Hawke famously downed a yard of ale in 11 seconds while he was a student at Oxford University, putting him in the Guinness Book of Records as the record holder (not quite a Nobel Peace Prize, but nevertheless an honour that many have aspired to since).

In 2013, “selfie” was the Oxford Dictionary’s word of the year, yet I’m unable to find a single self-portrait of Malala online.

As we are so quick to judge young women who post selfies as narcissistic, the very act of taking and publishing pictures of oneself can indeed be a revolutionary act of sorts. Art critic John Berger pointed out the inherent hypocrisy in a culture that relishes in objectifying the female form, yet scorns women who are perceived as approving of their own reflection; “You painted a naked woman because you enjoyed looking at her, put a mirror in her hand and you called the painting Vanity…”

Ignore the haters. Capture moments on your own terms; you are the one wearing the trousers now. 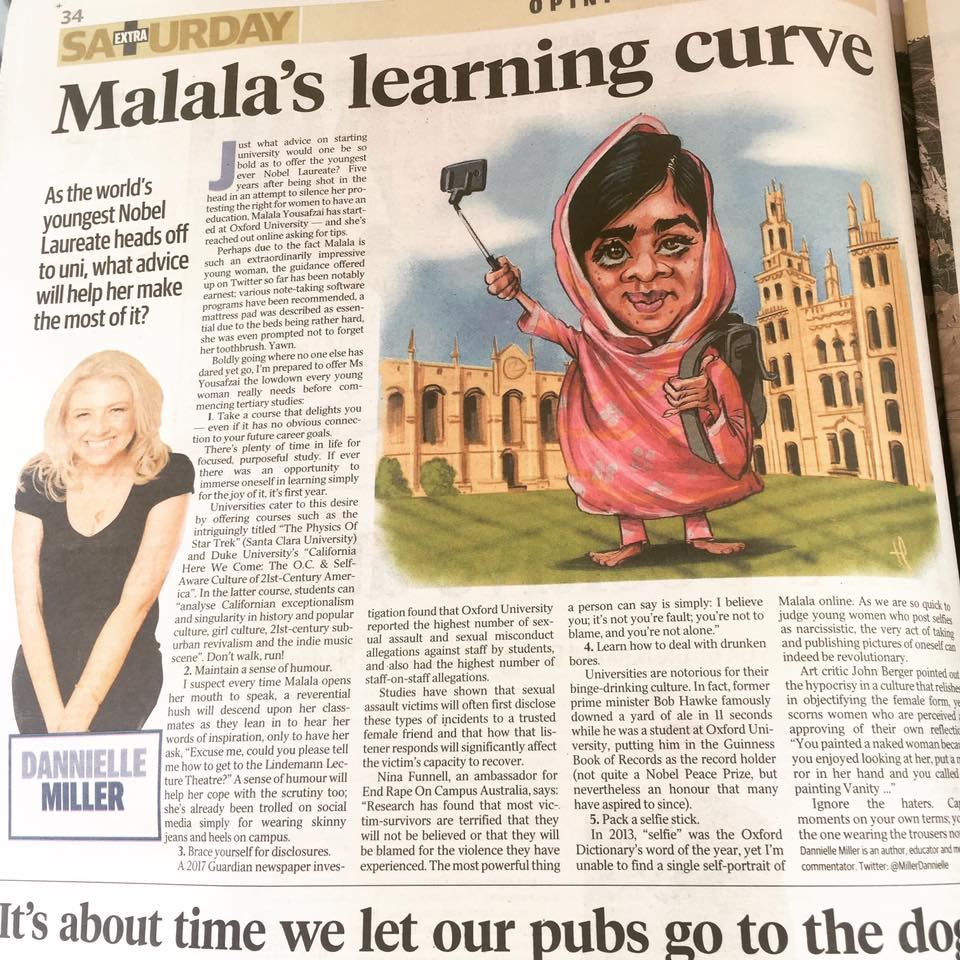