The following post was originally published by The Hoopla, February 11. 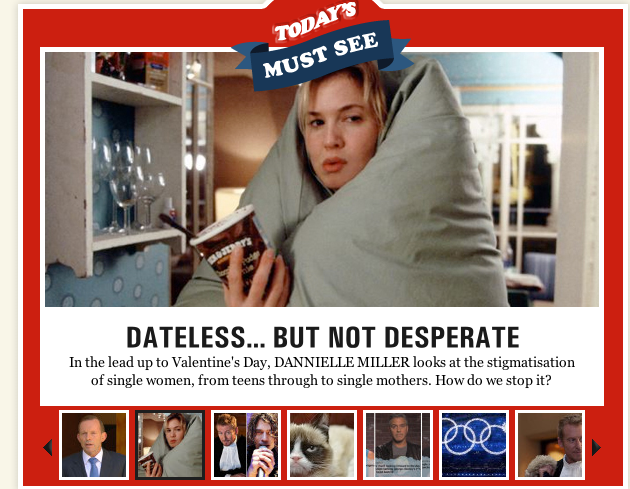 As an educator who works with young women, during this the lead up to Valentine’s Day my Facebook News Feed is a virtual parade of teen girl sadness.

“The best thing about Valentine’s when you’re all alone? Knowing the chocolates will be half price come February 15.”

In order to make their friends feel better, most of the comments following statuses like these are of the “Don’t worry, you’ll find your true love and live happily ever after” variety.

And whilst of course most of us do meet at least one love in our lifetime, not all of us will be with our partners forever. Many young women may go on to not only live without a partner, but to raise families alone.

In fact, according to the Australian Bureau of Statistics, almost fifteen per cent of all Australian families are one-parent families and almost two-thirds of these have dependents living with them. The vast majority of these families, eighty one per cent, are headed up by single mothers.

By the time girls become women, we are generally far less supportive of those who are not partnered up.

The terms we use to describe a single man make it sound as though he is having a ball doing the coolest things and having many a wild romance. He is a player, playboy, ladies’ man, lady-killer, womaniser, pick-up artist, bachelor, stud.

At best, a single woman might be referred to as a bachelorette, which implies that all she is doing is waiting for her husband to come along. Otherwise, she is labelled as the sad, lonely spinster.

And should she have children? Then she can expect to become the scapegoat for so many of society’s ills. Despite the fact that study after study show that a two-parent, financially stable home with stress and conflict is more destructive to children than a one-parent, financially stable home without stress and conflict, single mothers are frequently blamed for everything from the crime rate, to their own poverty.

As a single mother it might be hard not to take such criticisms personally. Yet my life, and my children’s lives, don’t fit the typical assumptions we make about single parent families at all – partly because I am fortunate enough to be financially independent and well educated.

Study after study also show that despite the rhetoric, it is poverty and instability that effects children – not family composition – making the Government’s decision to cut Newstart funding to single parents seem not just heartless, but ill informed.

Professor Katie Roiphe, in her eloquent “Defense of Single Motherhood” emphasises the necessity of a more balanced, compassionate approach when she concludes: “The real menace to… children is not single mothers, or unmarried or gay parents, but an economy that stokes an unconscionable divide between the rich and the not rich.”

One of my priorities in my latest book on relationships aimed at teen girls was, therefore, to teach our young women how to feel okay, with or without a partner. After all, the pressures placed on girls to meet their Prince Charming start very early.

In order to move beyond the myth that we are only whole if one of two, it is helpful, for example, to put the oppression of single women in a historical context.

In the sixteenth and seventeenth centuries, a particular type of religious zeal took hold in Europe and led to tens of thousands of women being branded as witches. Approximately 100,000 supposed witches were put to death. Those accused of witchcraft were often poor, single women.

In the eighteenth century in England, women had very little choice but to marry. With limited educational opportunities available to them, and no pay equality, most women viewed marriage as the only stable path to financial security. Women also couldn’t own land, and all inheritance was passed down from father to son.

This made women vulnerable, because without a financially stable marriage they would be left destitute. And so the stigma around single women increased (globally, marriage is still considered a serious financial transaction, with dowries and bride-prices transacted as a way of allowing wealthy families to align themselves with other wealthy families).

For many women, the duty to marry well may also have produced great sadness. Once she was stuck in a loveless marriage, a woman often became isolated, her risk of domestic violence increased, her risk of death through child birth increased, and she had no option but to fulfill her conjugal duties. Bucking the trend was a big risk.

During Victorian times, women could be accused of being insane if they made too much of a fuss about their lot. In fact, if a woman expressed something that the male doctors of the day did not agree with, they could deem her words as hysterical ramblings. The term ‘hysterical’ derives from the Greek word meaning ‘womb’ (hence the term ‘hysterectomy’). A deep flaw within our wombs was considered to be able to make us insane. Women could also be sent to mental asylums for having an affair or being considered too sexually excitable. Single women were particularly at risk of being accused of these supposed misdeeds.

Although as single women today we are able to own property and are not at risk of being burnt alive, there is still a lot of work to do before society truly feels comfortable with, and is genuinely supportive of, those of us who are flying solo. Especially if we are mothering.

We still burn women who are seen as pushing boundaries — now we just choose to burn them with our words.

N.B – Enlighten launched its in-school one hour “Loveability”workshops for teen girls this week! The response so far from our clients has been phenomenal. To find more about this, visit our web site – www.enlighteneducation.com

You may also wish to read the A4 flyer here: LOVEABILITY – IN SCHOOL PROGRAM.

NSW teachers can also join Nina and I at a special book launch for educators being hosted at Harper Collins. FREE copies of our book, and a fabulous teacher resource kit, will be distributed to particpants. There is no cost for this but those interested must RSVP: 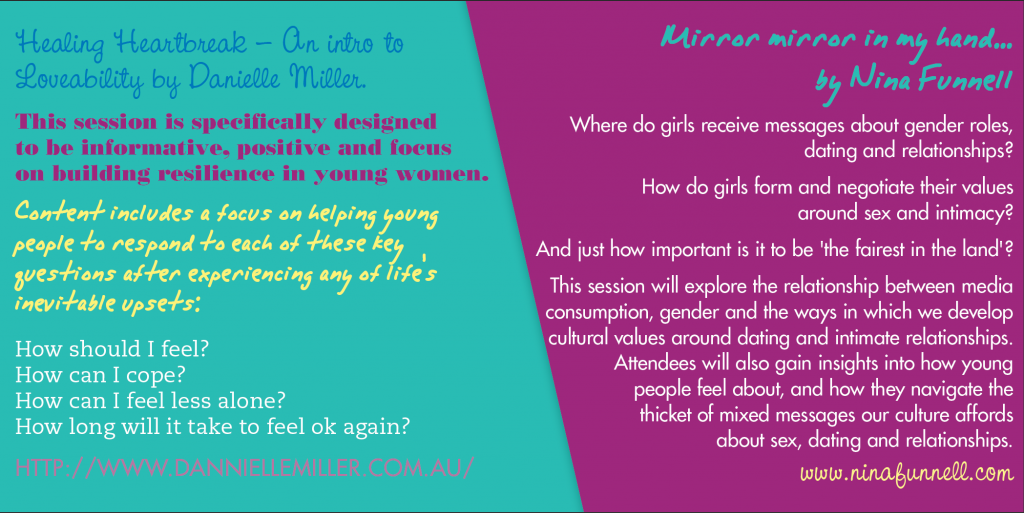 One thought on “Dateless but not Desperate”