The chance that we will be called upon to show the dramatic bravery that often wins awards is fortunately low. But every single day that we wake up and go and interact with people, we have infinite opportunities to show courage. We have the chance to intervene when another person is being bullied. The chance to blow the whistle when we see people abusing positions of power. To speak out against injustice. To speak our own truth with dignity and respect, even if it puts us at odds with our friends and peers. To be vulnerable and real when everyone around us is acting cool and invincible. To try something new, even if there is a chance we won’t succeed. And to try again, and again. To show our imperfections, along with our talents and skills and knowledge.

I recently asked Facebook fans on Enlighten Education’s page the question “What is the bravest thing you have ever done?” Their responses were incredibly poignant and inspiring:

In 2012 let’s stand tall and shine, no matter what is happening around us or what our hair is doing that day, or our skin, or our weight. 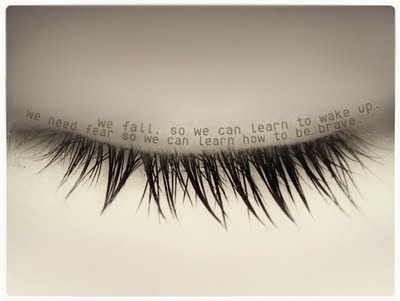