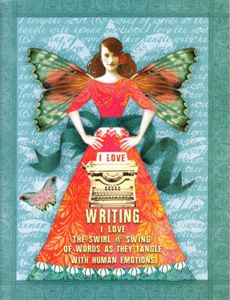 “I love the swirl and swing of words as they tangle
with human emotion.”

I love to read. I have always been devoted to reading. In the bath, before bed, with my children – I surround myself with words that help me make sense of the world. Words that amuse me. Words that challenge me. Words that leave me breathless with their brilliance.

This week I struggled to make sense of some particularly disturbing events and searched almost manically for the considered insights of others. I thought I’d share some of my angst with you, and the words that helped soothe me. The pieces of writing I chose to absorb have not provided me with simple answers, but they have at least validated my own inner turmoil and ultimately made me feel less alone…

I have included links to the complete articles I quote from here in my articles of interest page.

1. Heartache – The horrific abuse of children, both in Texas (where 463 children were removed from a polygamist camp after reports of widespread sexual abuse) and in Austria (the nightmarish story of a father’s ongoing imprisonment and sexual abuse of his daughter) left me feeling deeply sad.

I love children. More than I ever thought I could – and not just my own children, but everyone’s. This love and the empathy I have for young girls in particular seems at times so very large and hard to contain. It has arrived suddenly and unexpectedly into my life and whilst it is key to my success in working with young people (they can see, smell and taste its authenticity) it does also leave me psyche wounded by reports of children being harmed.

I ached to move beyond despair and sought to discover what, if anything, these events could teach:

There is a link between the horrific violence committed against the women of the captive Austrian family and the apparent abuse of teenage girls in Texas, and it is the same unbroken chord that connects them tangentially—but significantly—to Hannah Montana’s fall from grace. When women and girls are routinely viewed as objects, they are dehumanized. They can be seen as chattel or animals, until someone uncovers a horror so complete that we recoil from it. Yet every day around the world, women are still sold into marriage, shunned for their husbands’ adultery, and raped as sexual assault is used as an instrument of war.

No, the degradation we have seen so much of these past few weeks does not signal the end of the world. But it provides a chilling reminder that history itself, with our own culture of sexism and misogyny feeding it, still consigns women to fates no man would wish upon himself.”

Thank you Melinda for finding these words for me. Thank you writer Marie Coco – the pieces fit. I can now move beyond despair and get angry, and once again be active.

I love reading blogs and am refreshed by the immediate, unfettered way bloggers write. The on-line world buzzed with news that Dove’s “real beauties” may not be so real after all. Crikeyreported that: “In a May 12 2008 profile in The New Yorker posted online, Pascal Dangin of New York’s Box Studios is quoted as saying he extensively retouched photos used in the Campaign for Real Beauty, which, if true, could seriously undermine an effort that already has subjected Unilever to considerable consumer and activist backlash in recent months. –AdAge”

I have, of course, blogged on this in previous posts. The quandary? To speak out more publicly via the mainstream media, or to remain composed. On the one hand, I have plenty to say about the wisdom of allowing Dove into schools. On the other, as the CEO of a private company that also works in schools on self esteem and body image programs,  I do not want my arguments to be dismissed as merely “sour grapes”, nor do I want to be seen as criticising The Butterfly Foundation as they manage Dove’s in school programs in Australia. I believe the Foundation is highly reputable, hard working and genuinely committed to the welfare of young women. Other women I also admire enormously have been affiliated with Dove’s campaign too – including Naomi Wolf, a woman I consider one of my feminist role models.

The words below pre-date the latest outbreak of Dove alarm, this piece was written in 2006. I find I continue to return to it, however, as it confirms my suspicions and hearing them articulated so passionately, provides a release…

HOW comfortable would you be with a fast-food chain providing the nutrition information in your son’s biology class? How about a beauty company lecturing your teenage daughter on her self-image…

What’s going on is a sales pitch. Everywhere we look, we see the beauty industry attacking women’s body images in the name of selling products that don’t actually work. Dove ingeniously aligns itself with the critics of its industry, while doing what exactly? Selling the same you-too-can-be-beautiful creams as its competitors…

Yes, these women are big and fleshy when compared with the anorectic adolescents usually trotted out to convince us to part with mega dollars for small pots of potion. But these confident, grinning women, with their perfect teeth and flawless skin, don’t resemble those I see in my local shopping centre pushing trolleys. There isn’t a wrinkle or a saggy behind on any of them.

What’s more, and despite Dove’s assertions to the contrary, these women are models. They were carefully culled from the crowd and paid to represent a product. Same as any other casting call. They’re now celebrities, touring shopping centres and appearing on television in the United States – a marketing dream…

In the end, even though Dove may ask some useful questions and may even do some good, its measure of beauty is still calibrated by thighs not thoughts, visage not values and appearances not actions.

Dove’s definition is just as disempowering and confining as any other definition of idealised beauty.

Would Dove really be so concerned about my self-image if it weren’t trying to get me to buy its products? Would the company still bankroll its social and educational programs, if sales declined?

If Unilever, which owns the Dove brand, was really committed to the body image issue, wouldn’t it change the advertising (its worldwide media budget is $8.6 billion) for all its other beauty products: Pond’s, Lux, Pears, Sunsilk and Rexona among them? Wouldn’t it be concerned that it’s the maker of Slim-Fast?

If this was anything more than the savvy implementation of a marketing angle, would the same company have given us LynxJet, the most sexist advertising of recent times?

Call me cynical, but I guess there must be real beauty in those dollars.” 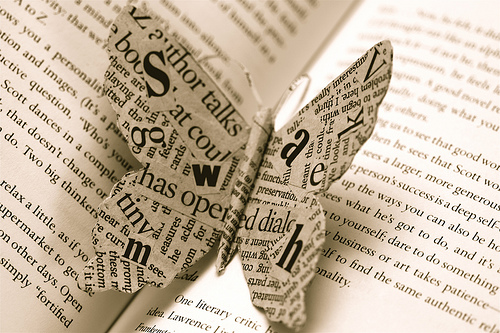 Finally, thank you to Margaret Gee, my literary agent, and to Katie Stackhouse at Random House. I have just been offered a book deal with Random and am thrilled by their obvious commitment and excitement about the project.

I too shall swirl and swing words.

7 thoughts on “Worshiping the Writing Muse”