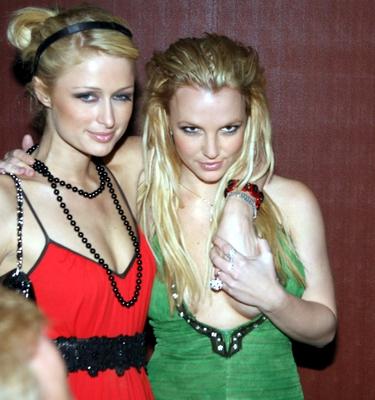 New Foxtel show “Gossip Girl” is causing an uproar with its scenes of underage drinking – teenage star Serena downs vodka shots like Carrie downed Cosmopolitans. But is this just art imitating life? Young female celebrities are famous predominately because they regularly binge drink and go into rehab; there are entire web sites devoted to drunk celebrities ( all of those featured are female). Whilst back in the “real world,” Facebook features profiles with pictures posted by young women that proudly show themselves passed out when drunk, drinking beer on the toilet, vomiting…

American site Feministing, aimed at radical young feminists,  argues this phenomena is no biggie – girls and women should have the right to get just as trashed as the boys and should not feel pressured to act “lady like”:

“I can take the health line of approach that maybe binge drinking isn’t good for you, but the young women should know better or should be ashamed doesn’t work for me. I am always weary of shaming women for things that men do freely. Guys in college get wasted as a ritual, they don’t have to hide it from future employers, in fact they are practicing to drink with future co-workers. But women have to be careful not to ruin their ladylike manners.”

I don’t like double standards either but I do think binge drinking in women, and particularly in our young women, is deeply concerning.

The fact is that research shows teen drinking is on the rise and not just accepted, but expected. This is not new – all the “cool kids” got trashed when I was in High School too  – myself included. Why we thought it was cool to vomit all over ourselves and stumble about alludes me now but it certainly was the thing to do.  Drinking excessively has become a huge issue for teenage girls – recent Australian surveys show that half say they drink alcohol, with one in five confessing to having done something they regret while they were drunk.

The fact is that drinking, even in small amounts, affects women differently than men. And heavy drinking, in some ways, is much more risky for women than it is for men as we are more quickly affected by alcohol and much more vulnerable to the effects of overindulging. Keeping up with the boys is not a badge of honour – it is dangerous. The attached PDF put together by the Commonwealth Government is well worth reading:  womenshealth.pdf

I am concerned too by by the emotional damage our girls are doing to themselves – one in five confess to doing something they regret when drunk.

The reality is that young girls are also at risk of sexual assault and violence when they are drunk and vulnerable. Let me be very clear here – I am NOT BLAMING THE VICTIMS. It is NEVER their fault. All I am saying is that being drunk does make you less able to think clearly and may make you a target if some vile predator is lurking…and of course the predator may well be a trusted friend of someone within the home. That is not fair, it is not right, it is unjust – but it is also reality. If girls are going to drink, they need to at the very least ensure they stay together and watch out for each other.

Blaming “Gossip Girl” and the media would be all too easy. I am more concerned by the prevalence of unsupervised teen partying.  Teens focus on the here and now, not the prospects down the road. A good lecture and then sending them off into the night won’t cut it. God knows I would glaze over when my mother talked about damage to my liver – I was 16 and invincible!

Do discuss the risks. But also be practical – know where your kids are, discuss whether or not alcohol will be present and how you both feel about this, know what time they’ll be home and how they will get home, and if the party is at your place – actively supervise.

Finally – consider cutting back on the chardonnay. It is unrealistic to expect your daughter to listen to you tell her that she doesn’t need to drink to have fun if every time visitors come around you drink excessively.

Image from Gossip Girl – Blair and her Mother at Xmas: 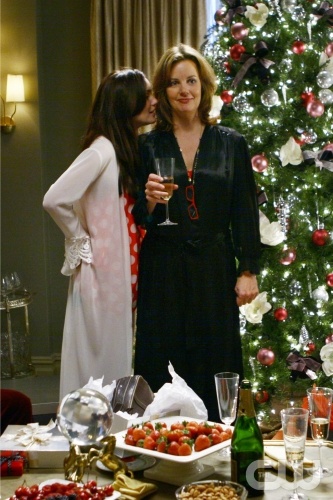 I stopped drinking completely over two years ago. I knew I was a born binger and wanted to hang up the wine glass before the kids got old enough to notice Mummy boozing on.

Sorry Feministing but it ain’t pretty and we should know better.

P.S Talk about timely – a Government report widely published in the media on the 18th declares teen drinking is reaching epidemic proportions with children as young as 10 in rehabilitation for alcholism. The Sun Herald published a very interesting article blaming parents on the 19th: Parent’s Branded Gutless Over Teenage Boozers.

8 thoughts on “Getting Trashed is SO HOT right now.”