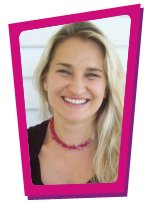 Is it just me or does the proliferation of mobile phones among even our youngest school children worry others too? When waiting to pick up my son from school I often see girls as young as six or seven walking along avidly engaged with their mobile phones and comparing them enthusiastically with one another. From speaking with various Mothers who have issued their girls with these diamante encrusted pink accessories I have gleaned a few reasons for their “must have it” attitude. Safety is paramount for these baby tweens. I totally appreciate this but have to wonder how dangerous a supervised pick up school zone is and when you would need to phone Mum if she drives you to school and then walks you in. These phones are dangled on lanyards around necks with a “mine is newer, got more features” attitude. Why are they not stored away in the bag? Branding is powerful and at work in the playground of the baby tween.

But the fashion thing is not really my biggest concern about the mobile phone phenomenon. Like those other Mums, it’s safety. A forthcoming issue of Teacher Magazine (produced by the Australian Council for Education Research), reports on a study by a group of Australian academics ( including my husband Dr Mark Brown) which found that as many as 93% of school students had experienced some form of bullying via mobile phones– what they refer to as m-bullying. A similar study in the US last year claimed that 85% of children aged 10-14 years had experienced cyberbullying (via the Internet). The upward trend of people using technology to harass others is really very disturbing.

Last year, the world drew breath in collective horror when it was revealed that the high profile suicide of 13 year old Megan Meiers in the US was partly due to her being tormented on MySpace by an adult posing as a 16 year old boy – in actuality, the mother of one of her former friends. And I shuddered when I read about a teenage girl in the UK who killed herself after receiving hundreds of hate messages on her phone in a matter of hours. Similar stories are found in countries throughout the world. 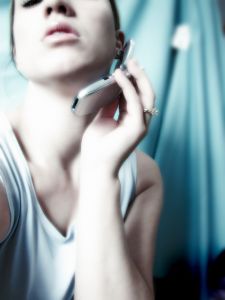 The worrying thing about mobile phones is that children carry them all the time. The ability to bombard others with text messaging or to pass on humiliating photos or video is heightened. Since it is immediate in nature, the time for reflection is reduced and the speed of action and potential for anonymity are very appealing. Who hasn’t sent off an email in a huff and regretted it the next day?

What’s more, it seems that children generally don’t like to tell adults it’s happening. Research suggests that the peak bullying years are from 11-14 years, when kids are quite keen to give it a try. The anonymity of the mobile phone means that children who may not be capable of being physical bullies can now actively participate. We need to be very vigilant about what goes on not only in the schoolyard but increasingly behind our children’s bedroom door. Depriving them of mobile phones or internet connections is probably not practical and may even harm relationships with our kids. We need to be more proactive in communicating with them about the dangers of the “always switched on” world and give them strategies to deal with it.

Enlighten’s workshops emphasise the importance of recognising self-worth, true friendships, and personal safety.  In our workshop “Stop, I Don’t Like It” we explore the importance of setting boundaries in the real, and in the cyber, world. The following links are also very helpful and well worth downloading as a reference point:

“Mobile phones and bullying – what you need to know to get the bullies off your back,” produced by the Australian Mobile Telecommunication Association.

The Child Safety Check List  produced by the Australian Communication and Media Authority- covers everything from costs and charges, to handling nuisance calls.

8 thoughts on “When talk is cheap – and nasty”