I didn’t get my first period until I was 15 years old. I was the last within my circle of friends, and by then, even my younger sister was a veteran (oh the indignity). You’ve never seen a teen girl more prepared for this milestone than I was. I had been carrying tampons in my school bag for so long I think they may well have past their use-by date! I had even had practice in breaking the news to parents as my best friend had been too embarrassed to tell her mother when she started her period and I had broken this news for her : “Mrs Manton, our Janelle has become a woman…” The main feeling I recall when I started menstruating was that of relief. Finally, I was in the “big girls” club! I was so elated I ran into my school assembly and screamed out “I have my period!” to my friends- not realising the teachers were already present and waiting to start. My Year Advisor was very gracious and began the assembly by congratulating me.

For many girls today though there is not this same sense of preparedness, nor do they think there is much to celebrate. A significant number too are going through puberty younger than ever before. I was asked by Kerri-anne recently to discuss why, and what the implications are.

This is such an important subject that I wanted to find out more and draw on the expertise of Enlighten Education’s own sexuality education expert, Rachel Hansen, who is my guest blogger this week. 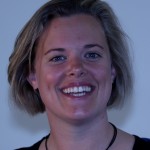 Rachel Hansen is the progam manager for Enlighten Education in New Zealand and is an experienced educator who has a first-class honours degree in Psychology and a Masters degree in Criminology from Cambridge University (UK). Rachel is the founder of Good Talks, an organisation that offers sexuality education to schools and parents.

Most women have a very vivid memory of where they were when they got their first period, what they were doing and how they felt. I was 12 and very reluctant to grow up – life was good as a little girl! On the day my period started I was playing make-believe games with my little brother and sister in our garden and I noticed blood on my undies. I cried and cried and cried. I sat by the window for the rest of the day, watching my siblings play, having decided with great sadness that now I had my period I was too old to play those games. I felt a real sense of loss, and also despair that I was no longer in control of my body.

Research indicates that this moment is happening at increasingly younger ages than in previous generations. Over the past 20 years, the average onset of menstruation has dropped from 13 years to 12 years, seven months, and indications are it will continue to drop. As the average age has dropped by five months, it means that those girls at the lower end of the bell curve are also starting earlier. So nowadays it is increasingly common for girls to start menstruating as early as 8 and 9 years old. Researchers have found that 15 percent of American girls now begin puberty by age 7 (measured by the girls’ level of breast development). This is twice the rate seen in a 1997 study, and the findings are likely to be similar in New Zealand and Australia.

Why are girls reaching puberty earlier?
Some of the more widely supported theories about why this is happening are:
• As our standard of living has increased, so has nutrition. This means that there is less stress on girls’ bodies, allowing puberty to start earlier.
• Increased rates of obesity are thought to be a factor, as girls are now younger when they reach the level of body fat required to trigger puberty.
• There is a suspicion that increased levels of environmental chemicals that mimic the effects of hormones are causing girls to start puberty earlier.
• Interesting research from New Zealand indicates that girls exposed to stress at home (such as parental marital breakdown and domestic violence) were more likely to start menstruating before girls living in more settled home environments. One of these factors is that if a mother enters into a new relationship, the presence of a new man in the home triggers a hormonal response in girls that can lead to earlier puberty.

The consequences can be profound
Traditionally, puberty has marked the transition from childhood to adolescence or adulthood. Many girls absorb the message that beginning menstruation means that they are a woman. Just as I did, some girls who get their periods early can experience a sense of grief and loss, as they don’t feel ready to leave childhood.

For many girls, puberty marks the moment that they start to define their self-worth by the way they see themselves in the mirror. And all too often the girls don’t like what they see. Such a response is understandable: at the same time as girls are experiencing an increase in body fat and a widening of their hips, they are bombarded with messages from the media that suggest the perfect beautiful body resembles a prepubescent male or has proportions that can only be achieved through disordered eating or extreme Photoshopping.

I was so embarrassed by my body when I was younger that I couldn’t tell my mum I’d started my period, when I was 13. I lost it for 2 years thereafter as my weight plummeted, so I didn’t really have to deal with it and when it came back I was so angry. It meant a) that I had to deal with this THING happening to my body and b) I wasn’t a ‘good enough’ anorexic. My mum tried to talk to me about it, but I’d just slam doors and refuse to talk about it, or hide under my bed.

I found the changes in my body very distressing. I remember when I started growing breasts, initially at 12–13 and then again when I’d gained weight at 16–17 and I’d make deals with God that if I didn’t eat/was nice to my brothers/did all my homework/didn’t shout at my parents/etc., etc., that these things would go away. They didn’t. Now I’m kind of glad of that. – Ella

Some girls eagerly anticipate their first period because they believe it will propel them into a world of sexual desirability and adult experiences. For girls at both ends of the spectrum, we need to be quite clear that getting your period does not equate to womanhood. Becoming a woman is far more than our bodies changing. We need to be careful about the symbolism we use surrounding menstruation and the expectations we place on girls.

Experiencing puberty at a younger age means that girls’ childhoods are being compressed and often their minds are not ready to deal with the changes that their body is going through. Many struggle to understand and cope with hormone-influenced emotions and sexual impulses, and are not ready to deal with sexual interest from males. Physical maturity often doesn’t reflect girls’ cognitive and emotional development.

In their study of the evolution of puberty, New Zealand researchers Gluckman and Hanson concluded that for the first time in human history we are maturing physically much earlier than we are maturing psychologically and socially. Meanwhile, our education system and our expectations as parents are grounded in the 19th century, when there was a closer match between physical and psychosocial maturity. “There will have to be adjustment to educational and other societal structures to accommodate this new biological reality,” they write. 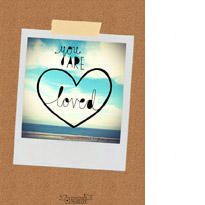 The effect of this “new biological reality” is compounded by our consumer culture’s relentless march to shorten childhood. Prior to the late 1990s, marketers had not discovered the concept of tween, a phenomenon that now has girls wearing makeup and high-heels and their parents taking them to beauty salons or to get waxed. And the target market gets younger and younger, as we’ve seen with child beauty pageants. Earlier physical maturity, coupled with a highly sexualised society where girls are bombarded with the notion that sexual desirability is of utmost importance is a toxic combination – which is why it’s more important than ever to keep talking with our kids and showing them we love them for who they are, not for what they look like.

This is part one of a three-part series. In next week’s post, Rachel will look at what parents and schools can do to best support girls through puberty.

2 thoughts on “Taking the Blues out of Puberty: Part 1”