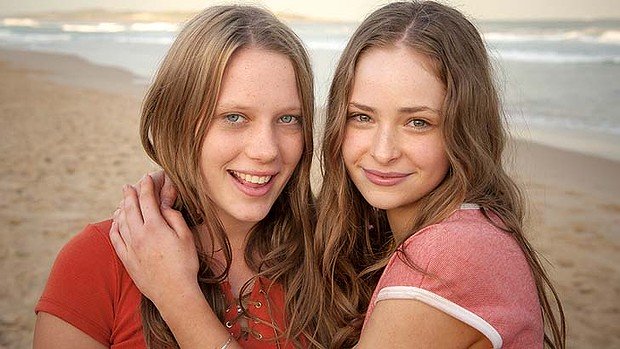 “Lies, scams and deceit — just your average teen girl.” “Lost innocence: Why girls are having rough sex at 12.” ‘Drug toll … A generation of teenage girls riddled with fear and anxiety is overdosing in record numbers.” “The Invincible — A startling exposé on this generation of young women who show no fear about the dangers of sex, booze, or even the sun.”

Another day, another media headline urging us to view adolescent girls as either vulnerable victims in need of protection, or as a wanton and wild demographic we need to be protected from.

Worrying about the younger generation is nothing new. An inscription found in a 6000 year-old Egyptian tomb highlights the enduring nature of our fears that youth are lost: “We live in a decaying age. Young people no longer respect their parents. They are rude and impatient. They frequently inhabit taverns and have no self control.”

But thanks to this digital age the hand-wringing dialogue that surrounds our daughters in particular — no matter how well intentioned it may be — is now forming the running commentary for the lives of many teen girls.

Author and feminist Emily Maguire, in her essay “Sugar, Spice and Stronger Stuff” asks us to consider how the teen girls who see and hear these discussions might feel:

“Teen girls are not a separate species — they walk among us. They see and hear and read the same things we do, including all those features about sexting and raunch culture and under-age sex. They notice how those articles are always illustrated with photos of teenage bodies in tiny skirts or low-cut tops, the faces blurred or heads lopped off. They are aware of the way serious news sources and trash media alike use their bodies to sell papers even as they express deep concern about how girls are using those same bodies — their own — for pleasure …

No wonder so many girls feel misunderstood and alienated … And when loving parents buy into it they end up either alienating their daughters or infecting them with their own fear and panic.”

There is in fact a longstanding tradition of using scare tactics as a means of controlling women and this starts early. Fairytales are some of the first cautionary tales told to girls. These stories provide clear messages about obedience, adherence to traditional gender roles, beauty and virtue, and the dangers inherent in being an ambitious woman who seeks any form of power (cue wicked witches). They also often emphasis the need for girls to have male protectors; whether these be handsome princes or kindly kings.

There is also a longstanding tradition of omitting the bravery and resilience of young women from our cultural narratives. We tend not to share stories of girls who thrive and strive, or broadcast statistics that highlight the positive.

Here in Australia teen pregnancy, cigarette smoking, illicit drug use and alcohol drinking rates and all down. Meanwhile school retention and academic performance rates have significantly increased for girls. It seems we have a generation that are not as self-obsessed as we’d like to paint them as being. 80 per cent of Girl Guides over the age of 10 commit two or more hours each week to volunteering; almost double the amount of time contributed by adults.

Anecdotally, as an educator who works with thousands of teen girls every year across Australia I’ve observed that girls are doing remarkably well in a culture that often doesn’t seem to like them very much, or have much faith in their decision-making capacity.

And when we are not choosing to ignore, we sometimes choose to conceal. Historically, we have attributed the achievements of adolescent girls to those of much older women. Case in point, 15-year-old Claudette Colvin who in 1955 was arrested for refusing to give up her seat to a white passenger on a segregated bus in Montgomery, Alabama.

None of this is to say that there are not very real issues teen girls struggle with that we do need to address; body image angst, disordered eating, self harm, binge drinking, navigating technology safely, developing and maintaining respectful relationships. These are some of the issues I’ve devoted my career to supporting girls to manage. But the answer lies in education — not moral panic, or policing and patronising. We must give girls the skills they need to make informed choices and encourage them to turn their critical gaze on their culture, not themselves and each other. We must present them with more positive role models. We must actively seek out opportunities to celebrate their wins. Importantly, we must also make it OK for them to take risks and make mistakes.

Dr Briony Scott, Principal of girls’ school Wenona, in her essay on “Women and Power” called too for a change in perspective:

“In the years that I have been a principal, it is abundantly clear to me that families are doing a magnificent job but they do so in the face of cultural expectations that would lead them to think otherwise. There is a social and cultural normalising of the belief that raising girls is an almost impossible task. Along with this comes a presumption that when anything does goes wrong for girls, it must be because they are depressed, mentally fragile, and/or prone to anxiety.

Such a view, apart from being inherently presumptuous, trivialises those young women (and men) who genuinely struggle with their mental health, and pathologises what is fundamentally, a normal developmental path. It does an extraordinary disservice to young women who are simply navigating the road to adulthood.”

Let’s not feed the self-fulfilling prophecy that teen girls are either troubled or trouble.

One thought on “Sex-obsessed. Boy-crazy. Annoying. Not so fast — teen girls are much better than that.”