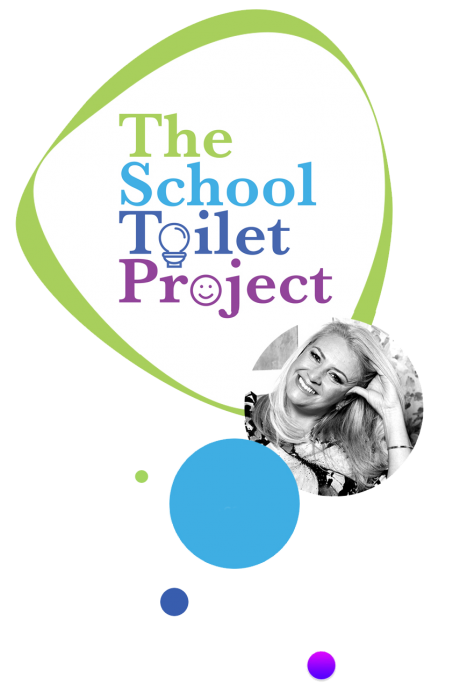 A message from the project founder, Enlighten’s CEO, Dannielle Miller

I was reading a newspaper report about a young person in despair who had harmed themselves in their school toilets, and I felt an overwhelming sense of sadness.

What if there had been contact numbers on the toilet door for Kids Helpline, I wondered, or an inspiring quote that spoke of hope? Might these simple things have made a difference?

Ask any teacher and they’ll tell you that whenever they go into the school bathrooms, they find at least one child crying in there, or being comforted by friends. It is telling that in the Harry Potter series Moaning Myrtle haunts the toilets wailing!

We decorate our school counsellors’ offices in ways which we know will help elevate mood, yet we give no consideration to the one place we know upset students naturally gravitate to – the school toilets. At the moment, most school toilets are either sterile, or covered in filth.

I thought someone should do something about this; someone should encourage young people to redesign their toilets so they feel more welcoming and nurturing. In doing so, teens would also be gaining incredible insights into how they can best self-soothe, and learning more about how design and the environment effects their mood.

So I decided to be that someone!

I started by completing a 12,000 word research paper (it’s riveting!) You may read the highlights on this page. I was absolutely stunned at what I discovered.

There is an urgent need to reimagine school toilets.

I was given the opportunity to trial The School Toilet Project in a large all-girls public school in North West Sydney, Cheltenham Girls.

I am inspired by the results there, and hope you will be too.

Research, in Australia and abroad, commonly finds students are dissatisfied with their toilet facilities, that students often avoid going to the toilet at school, and that expenditure on toilets is a low priority for many schools. Few governments and school administrations seem to make the connection between the provision of clean, pleasant and safe toilet facilities and children’s short and long-term physical and mental health and learning outcomes.

The existing research argues strongly for reforms, noting that the impact of poor design, maintenance and sanitation in school toilets causes a range of issues problems for students. These include:

In 2010, the London School of Hygiene and Tropical Medicine in the UK surveyed 457 children:

The results were similar to a 2003 study by Vernon et al (2003). That study questioned students in England and Sweden.

School toilets have been identified as the locus for bullying, intimidation, self-harm and suicide.

“Most surveys of toilet facilities and children’s attitudes report them as being places of social intimidation to some extent. Children either dislike going to the toilet when other children are present and can hear what they are doing, or they might have experienced intimidation, for example: “if you have a coin then you can open the toilet from the outside, that happened to a friend of mine, he didn’t come to school for a week” (Lundblad et al., 2010).”

Steven Hastings (2006) says most cases of self harm take place hidden away in bedrooms or school toilets, and most young people are careful to cover the evidence.

Several studies. identified by the Continence Foundation of Australia (2017), suggest that school toilets are not only the site of bullying behaviour, but can also be instrumental in ‘creating’ both perpetrators and victims:

“… bladder and bowel problems can have a negative impact on a child’s self-esteem and that they are more likely to be victims or perpetrators of overt bullying behaviours.”

In Vernon et al’s (2003) two-country study, children in both the UK and Sweden said they were afraid to use the school toilets.

“In both centres they described bullying graphically in the open ended question, making similar comments, ‘Pushing, shoving, physical abuse and trying to kick the toilet door open while on the toilet.

The Swedish children commented that they might ‘be baptised’ (translation) while in the loo. This appears to mean the same as the Newcastle children’s comments of ‘they shove your head in the toilet bowl’.”

Endorsements for The Toilet School Project

“One of the best predictors of kids thriving is the extent to which they feel safe. Studies show that toilet areas are one of the least safe places for students in a school. And let’s face it… too many school loos are ordinary at best, and disgusting at worst. Let’s help kids feel safer at school and make their toilets hygienic so, at the very least, they can use the bathroom without worry.” 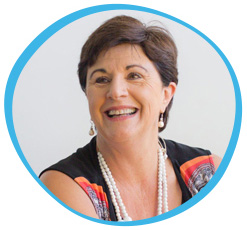 “With the worrying statistics on how our students are struggling not just with bullying and anxiety, but with a general sense of not feeling safe in our schools – we need to find ways to make positive changes as soon as possible. The School Toilet Project is an innovative, brilliant initiative that can bring some much needed joy, hope and inspiration into the lives of students every single day.” 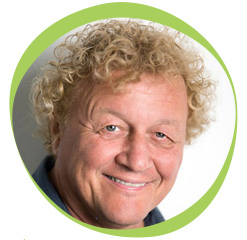 “In praise of a good dunny! How many days of school absence would be avoided if each toilet had an antibacterial hand wash dispenser?” 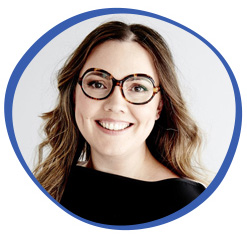 “I’m blown away by this idea, and feel privileged to be involved. Not only can good design change lives, so too can learning about the design process!”

With Thanks to the NSW Department of Education

NSW Department of Education supported me to trial this Project at a high school in North West Sydney, Cheltenham Girls.

Eighteen students nominated themselves to be on the design committee, reimagine their school bathrooms, and bring their vision to life. 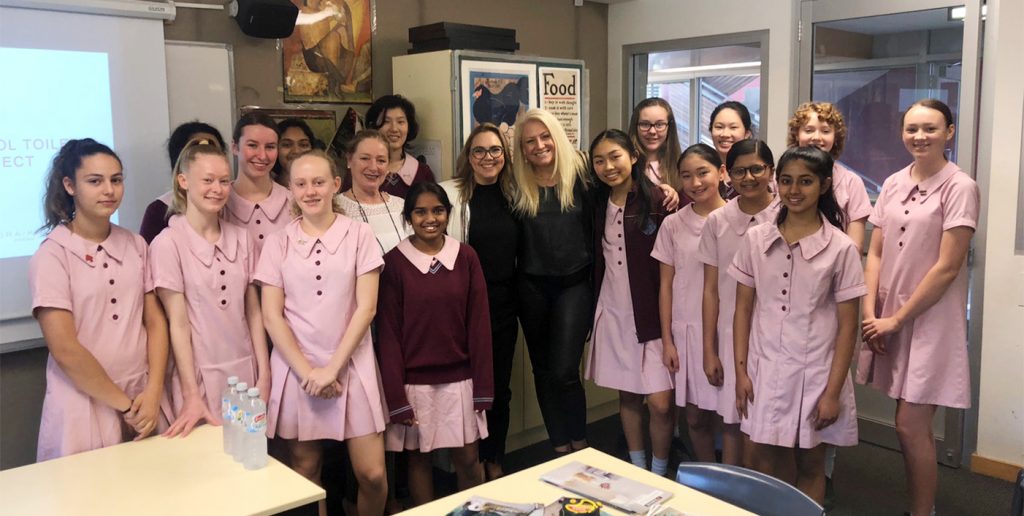 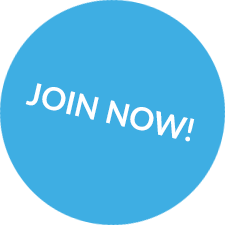 Resources For Your Project Student Survey*

Baseline data collection on how your students feel about the toilets at your school now.

*Feel free to adapt with any questions that are relevant to your school community. This is a starting point only. 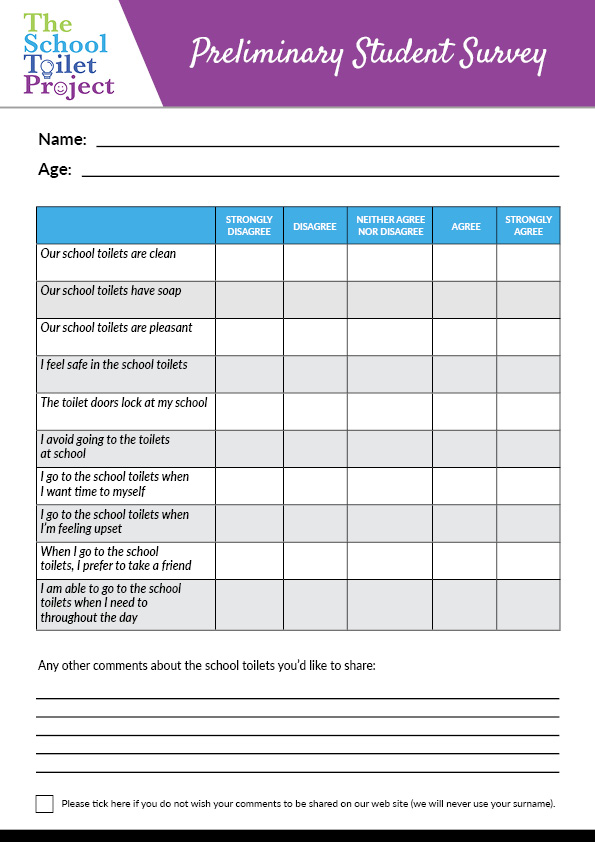 View the full seminar on the design process given by leading interior design Alexandra Kidd here: 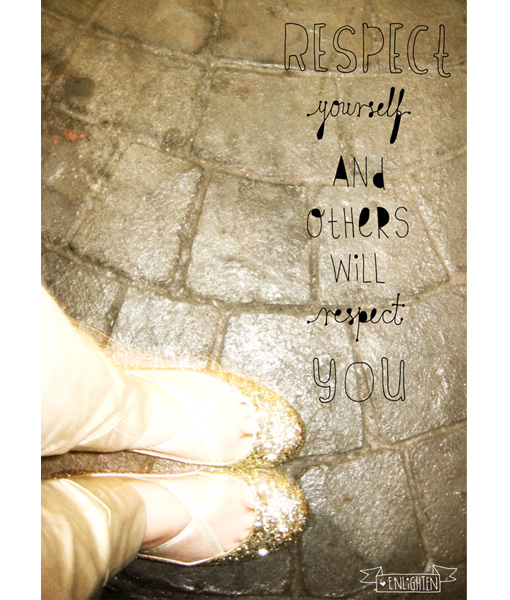 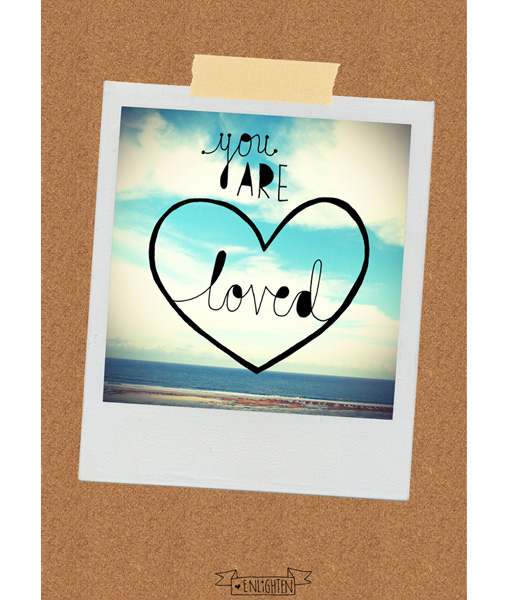 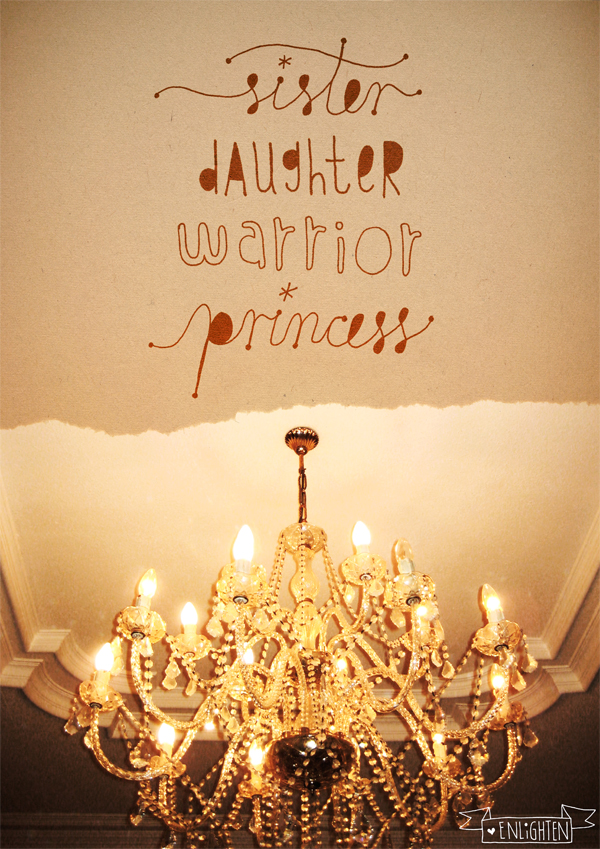 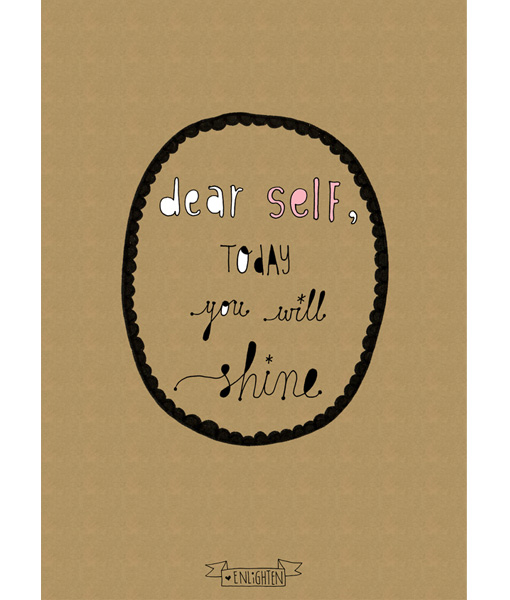 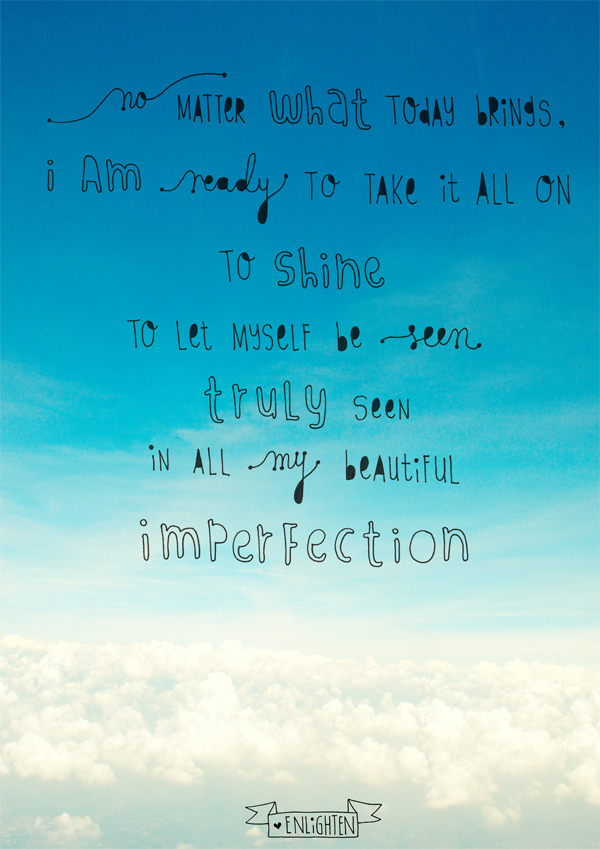 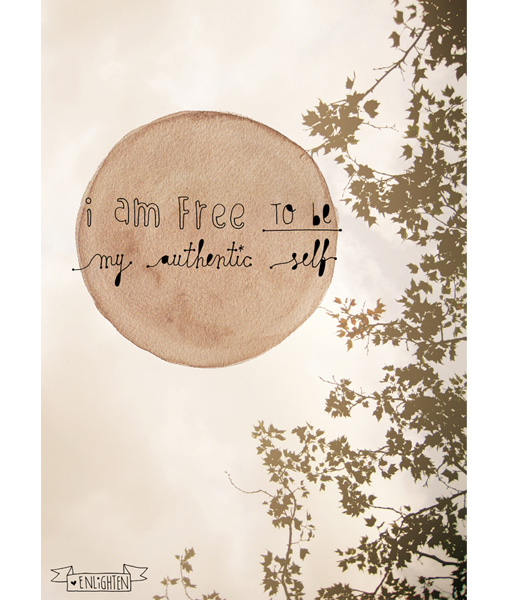 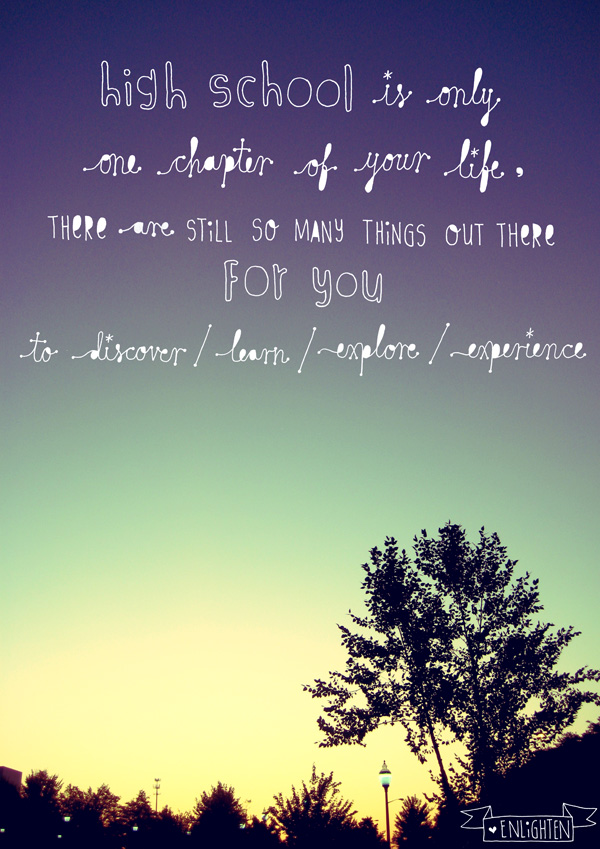 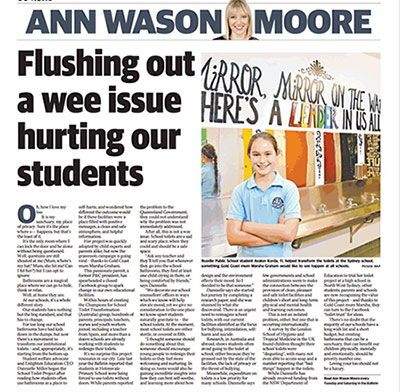 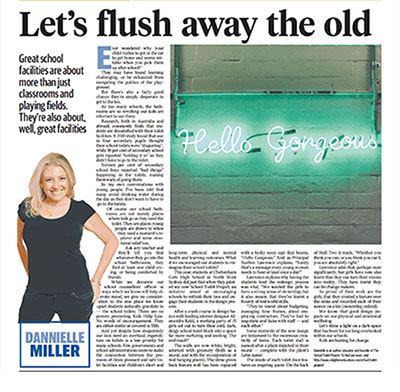