Our girls are being killed with kindness.

There’s a growing trend to tell girls (and the messages promoting kindness are so often directed at young women) that if they were simply kinder, there would be less mean girl machinations, more sugar, spice and playground niceness.

Too simple. If we’re serious about stamping out bullying, we need to stop thinking in trite slogans. Instead, we need to start identifying and addressing the factors that contribute to relational and physical aggression.

And we need to equip both girls and boys with the skills they need to regulate their emotions, and manage conflict respectfully.

To be clear, there’s absolutely nothing wrong with being a kind person. I highly value people who are compassionate and considerate. Surely most of us do? That’s why we feed our daughters on a diet of tales about princesses who are sweet not only towards those who may help them (such as dwarves, and forest creatures) but even towards those who may harm them (enter beasts and evil step mothers).

Research suggests that in fact around 98% of people already consider themselves to be kind.

But sometimes, our girls chose to act out regardless.

Why, and what can be done to modify this behaviour?

Author of Odd Girl Out, Rachel Simmons, told Harvard Ed Magazine this month that, “Girls are still raised with a psychology that is trained to think about other people before themselves. This… is a real recipe for unhappiness.”

Simmons isn’t suggesting we raise a generation of moral narcissists. But she is suggesting that we should be teaching girls how to be kind to themselves, and value their own needs and wants too. 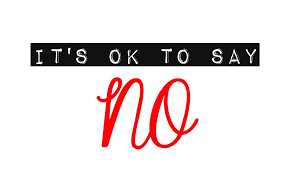 The road to resentment and burnout is littered with misplaced empathy and compulsive acts of altruism.

We must also be mindful to ensure that our messaging isn’t misinterpreted as, “Be kind – no matter what.”

And make no mistake, we do still tell girls that they should be friends with people they say they really don’t like (often without even asking why they feel uncomfortable with that person) hug relatives they instinctively pull away from, and unquestioningly do as they are told.

Surely if the #metoo movement has taught us anything, it is that turning a blind eye, or trying to placate with acts of kindness, may in fact only make victims more vulnerable.

In her New York Times column entitled “I do not want my daughter to be nice”, Catherine Newman explains that, “I bite my tongue so that I won’t hiss at her to be nice…I want my daughter to be tough, to say no, to waste exactly zero of her God-given energy on the sexual, emotional and psychological demands of lame men — of lame anybodies. I don’t want her to accommodate and please. I don’t want her to wear her good nature like a gemstone…”.

The uncomfortable truth is that there is also often far more going on with bullies than a mere lack of kindness.

Some individuals who use bullying tactics have been bullied themselves (either at school, or perhaps in their homes), and so use bullying as a maladaptive strategy to feel more powerful.

The three biggest bullies I ever encountered throughout my 25 year teaching career were all later revealed to have being sexually molested in their own homes by family members.

There are plenty of victims of abuse and neglect who internalise their trauma, but for those who do rage outwards, we need to offer far more than snap judgements and mere platitudes.

And ultimately, we also need to engage in some honest self-reflection.

Kids have a finely tuned radar for falseness. When the adults advocating kindness aren’t always kind themselves, and when the very leaders of our country not only engage in bickering and back-stabbing, but are rewarded for it, is it any wonder that young people may be cynical about kindness campaigns?

But it would be both unkind and untrue to suggest it’s going to cure complex issues like bullying.