I am really enjoying sharing some guest posts written by various members of my amazing Enlighten team with you all! A warm “Butterfly Effect” welcome to New Zealand’s Program Manager Kelly Valder… 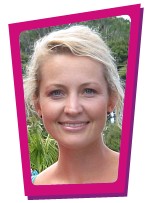 “Barbie Bitches” – what a term huh? For many it brings to mind platinum blonde hair extensions and lots of cleavage combined with skimpy pink clothing and an attitude that dictates that pretty and thin is everything and those who don’t shape up are clearly “losers”. And of course this term is used in the US (where Paris Hilton and co. are idolised) and sometimes in Australia ( Big Brother’s Bridgette leads the pack there at present) but not really in NZ…

Well, believe it or not, this term – and others like it – is now being thrown around here. Who would have thought? How did we get to this? In order to look for answers we firstly need to look at what’s happening around the globe. 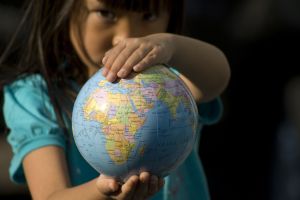 A simple internet search under ‘teenage girls’ through international newspapers and educational journals exposes a variety of issues that are all alarming. In the U.S.A. it is reported that more than one in four teenage girls has at one time carried at least one sexually transmitted disease. A recent study of 25,000 European teenagers found that girls were three times more likely to commit acts of self harm than boys. Earlier this year in Australia, we learnt about Club 21, a group of teen school girls who encouraged their members to be ranked between 1 and 21 based on their thinness, good looks, binge drinking escapades and popularity with boys. And this is just a snapshot of some of the issues… scary!

So what’s happening here in Aotearoa?

• A New Zealand study found that 80% of females were within normal weight limits, but only 18% of them thought their weight was normal; 1
• 1 in 4 NZ teenage girls may suffer from the symptoms of an eating disorder; 1
• Dieting is a $100 million industry in NZ; 1
• The prevalence of emotional health problems, including depression, eating issues and suicidal behaviours, are alarmingly high amongst female students. The rates of these problems in NZ youth are up to twice those found in a recent national mental health survey of young people in Australia; 2

Not surprisingly, it seems then that our Kiwi girls are becoming just as obsessed with their looks as other teens around the globe.

What links may be emerging between the pressures girls are feeling to be beautiful and thin, and their behaviour?

Girls are no longer just silently imploding – they are also acting out. In March, two scantily clad teenage girls were found unconscious on an Auckland pavement, supposedly from an overdose of booze, party pills and ‘P’ (methamphetamine or crystal meth). Earlier this year a Napier family had their house targeted by aggressive and violent teenage girls. Education Ministry figures show a 41 per cent increase in girls being stood down, suspended or kicked out of school for assaults between 2002 and 2006. The way violence is dished out is changing too. Experts point to a new gang-like mentality among schoolgirls where a popular “queen bee” uses friends to bully or hurt to cement her position of power. The term “Barbie Bitches” became a frightening new part of our vernacular.

A few weeks ago the Good Morning programme featured a story on “Barbie Bitches” in our NZ schools. School principals reported that reality television has played a major role in creating these gangs of “Barbie Bitches” who are bullying either physically or through the cyber world. A quick look at television programs such as “Living Lohan” and “Americas Next Top Model” point to the fact that our educators may be right; these type of shows encourage girls to be ultra competitive and to play unfair in order to win. Don’t like someone? Just vote them out! Behave badly? Doesn’t matter as long as you look gorgeous doing it!

I can’t help but think that our NZ girls are crying out for positive role models and we need to step up and take action to provide them with some real alternatives right now!

Is it all doom and gloom? No. Not if we get on board and make our young women a priority. Our schools and the MoE are addressing  these issues with a low tolerance approach plus other more general initiatives including the ‘Team-Up’ site with information for parents and caregivers, new anti-bullying resources for schools released this month and ‘Ka Hikitia‘ an initiative aiming at improving educational outcomes for Maori students.

Thankfully, Enlighten Education, whose award winning programs I am proud to bring to NZ, is not the only organisation to realise that our girls are in crisis. There are fabulous resources, such as headspace.org.nz, that have been established to support our young people, their families and schools. However, Enlighten’s focus is unique as its programs have been specifically designed to cater to the particular needs, and the learning styles, of teen girls.

The Enlighten Education workshops are about celebrating all the things girls love about themselves, challenging them to rethink negative and destructive behaviours, and changing the way they respond to their environment and each other. It gives them the tools they need to “unpack” the images and messages they are bombarded with by the media as well as looking at strong, intelligent female role models who can inspire them to be all they can be. The CEO and co-founder of Enlighten Education, Dannielle Miller, summed up our wish for all girls beautifully in her recent post:

“She’ll be a teen who will set boundaries, deconstruct all the mixed messages she will be presented with, and make choices she is truly comfortable with. She will not allow her sexuality to be shaped by misogynist music, plastic Paris-wannabe dolls, or the contemporary media environment that would have her believe that everyone is up for anything, all the time, and that to be hot she will have to get more make up and less clothes. She’ll grow up on her own terms. That is my wish for her. That’s my wish for all girls. That is what I will continue working towards.”

Barbie Bitches? No thanks! 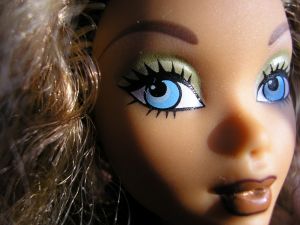 5 thoughts on “NZ: Our girls…”Barbie Bitches”?”