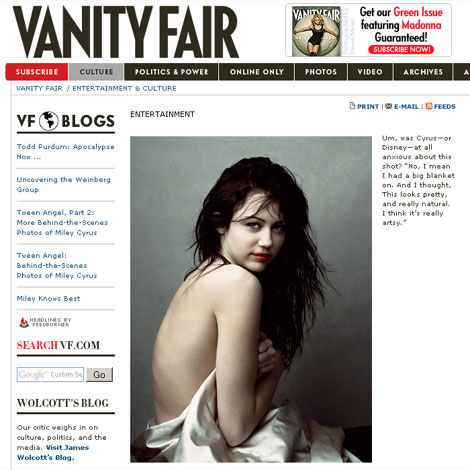 This week I have been asked numerous times to comment on Disney’s 15 year old poster girl Miley Cyrus  ( a.k.a Hannah Montana) . There has been much controversy surrounding her provocative Vanity Fair photo shoot and revealing My Space photos.

Mmm…well here are a few thoughts.

First up, the magazine shoot. Most commentators seem to be debating whether she knew she was posing in a provocative way or whether she was in fact duped by Vanity Fair ( she claims they mislead her and she had been told the images would look arty not sensual). Isn’t this missing the point? For me, the real question is: what makes it ok for an adult magazine to publish images of a 15 year old girl looking so sensual and post-coital? Even if she had knowingly posed for these – this does not excuse the adults involved (both at the magazine and within Miley’s team of advisors and minders) for encouraging her to represent herself  in such an age inappropriate way. Why is Miley the one coping the flack?

Interestingly, her risque My Space pages have been leaked at exactly the same time. As evidence that she is wayward? I have viewed these, most are average pictures of a young teen in love mucking about with a boy and with her girlfriends. She seems to be exploring her budding sexuality, I can understand that. She is 15. By 15 – I had a boyfriend, I played at pouting, posing. She may well have been sick of the “perfect girl” pressure that can overwhelm all our young women. Working for Disney must amp up the pressure to be perfect by a million.

In her own “space” she is breaking free. Thank goodness that in my day we did not have inexpensive digital cameras that make it far too easy to take and post images that are best not recorded for posterity!

On the one hand our young people seem so very grown up and IT savvy, yet they can also be incredibly naive – particularly about the possible ramifications of what they post and share on line. They think they can play around, explore, and take images that will be forever “just for their friends” to see. Nothing in cyber world is truly private forever.

The truth? Miley is not “God’s Police” as Disney would have us believe. Nor is she a “Damned Whore”. And oh how her fans have turned on her – we hate the perfect girl when she messes up. 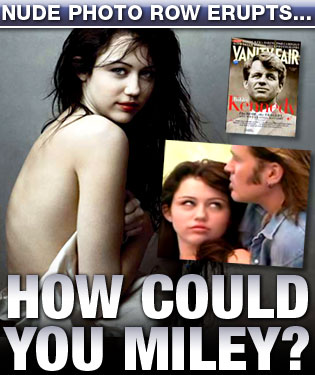 She was merely mislead and foolish. Sadly, she may have done irreparable damage to her career and reputation as society will not quickly forgive the “girl slut”. Take the recent Big 21 story in Queensland – would a group of 17 year old boys forming a “boys club” and bragging about their drinking and sexual exploits have made national news?

The other important lesson from all this – some of her My Space pictures are alarming as it is sad that she thinks playing at grown ups means flashing her bra and knickers. But let’s be realistic – at the moment – it does! She is wearing more than many of the Bratz dolls we give our pre-schoolers.

If we are going to be shocked and offended by Miley, then we are hypocrites. We reap what we sow.

And I think we need to be VERY careful in any debate featuring young people at playing sexy that we DO NOT shame them. They are victims too.

However, we can shame the Bratz developers, advertisers and all other adults who push the “women as sex object” line onto our children.

Which leads me to sharing the following article with you. It discusses the truly shameful cyber sites we should all be really worried about.

I will save my rage for Miss Bimbo – and just hope Miley gets new advisors and a big hug.

Thank you to Melinda Tankard Reist for this guest post… 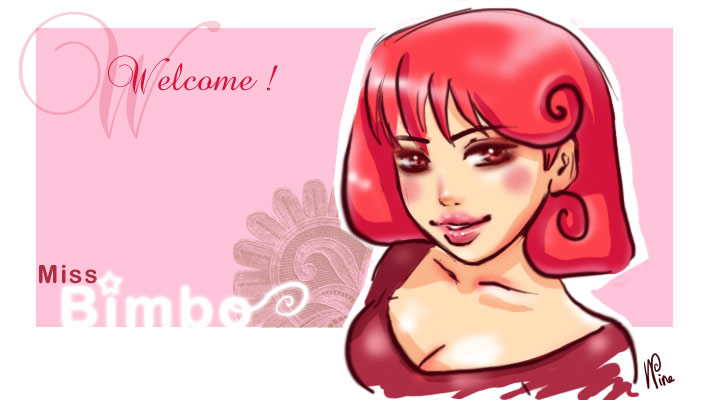 “What do you want to be when you grow up darling?” a mother asks her little girl.

“A Bimbo!” she replies enthusiastically.

Forget dreams of your precious daughter growing up to be Prime Minister or solving world poverty. Young girls are being given the message that their ultimate aim in life is to be a bimbo.

If it’s not enough that Paris Hilton has been lauded as the ultimate role model for girls, now there’s a new virtual fashion game to help them become “the coolest, richest and most famous bimbo in the whole world.”

Miss Bimbo requires the purchase of plastic surgery and “essentials” like motivational weight loss products for the girl’s virtual persona to win.

Each player is given $1000 bimbo dollars. Your bimbo is hungry? Buy her some diet pills – the first item on the food menu and “the easier way to eat.” They’ll help her stay “waif thin”. Since when did diet pills become food?

(Because of the international outrage over the diet pills, Miss Bimbo’s creators have since removed them from the food list. That’s very noble and all, but they should never have been there in the first place).

Miss Bimbo has to get bigger breasts or she’s got no chance of winning. “Bigger is better!” the pre-pubescent youngster is told. Does she lose points if her implants start leaking? We’re not told.

Can’t we offer girls more than an aspiration to be Miss Silicone 2008?

The site’s fashion shop offers lingerie for little girls to buy for their bimbo.
Girls can earn extra “attitude” points by buying a makeover and putting their character on a tanning bed. I wonder if points are deducted if Miss Bimbo gets cancer?

The “French kiss game” involves kissing boys in Club Bimbo where they can “dance, flirt and maybe meet a handsome Boyfriend”. Just click the “go flirting” button and our primary schoolers are on their way. “Your boyfriend will (hopefully) give you some money every day because he loves you”. Sounds more like a pimp than a boyfriend. At higher levels, girls must seduce a billionaire on vacation.

Last I checked, the player in the lead was 10-years-old.

The “Miss Bimbo” game helps entrench the belief that a girl’s sexual prowess is her main appeal – even if she’s only six, the age one player registered last month.

The game promotes being sexy and hot as the ultimate ideal for girls, diminishing their value and worth. It makes them think they have to be a bimbo to deserve attention and admiration. This puts under-age girls especially, in danger.

The game also turns girls against each other by competing to be the bimbo who “skyrockets to the top of fame and popularity.” Victims of school-yard bullying and the bitchiness of other girls are vulnerable to feeling even more self-hatred because of this game.

Should we be surprised when we learn that school girls are ranking each other for hotness and popularity and wearing their ranking on their writs, as emerged recently at a private girl’s school in Mackay? Girls who flunk out and receive low rankings end up victims of exclusion and cyber bullying when results are posted around the world.

The game is irresponsible. Research shows that the objectification and sexualisation of girls and young women is contributing to eating disorders, self-harm, depression, anxiety, low self-esteem and poor academic performance.
This game feeds on the body angst of girls. “You want to turn heads on the beach don’t you?” players are asked. And if you don’t, there must be something wrong with you.

Eating disorder experts say the game is as lethal as websites promoting anorexia. In Australia, eight-year-olds are being hospitalised with the disease. Games like this fuel a climate which makes girls feel they have to look like stick insects to be acceptable.

Why can’t game makers come up with games that make girls feel good about themselves rather than selling a message damaging to their health and wellbeing?

Melinda Tankard Reist is an author and director of Women’s Forum Australia (www.womensforumaustralia.org)

10 thoughts on “Miley Cyrus – next teen victim of the “blame and shame” game.”