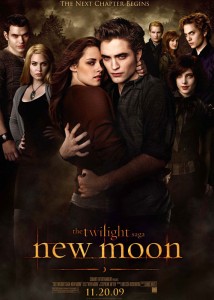 There has been a kind of hysteria surrounding the Twilight series of late. With the release of the second movie, New Moon, bloggers, commentators (and just about anyone with an internet connection) have rushed to vent their opinions—not on the quality of the movie but on whether the main female character, Bella, is a good role model for girls.

The consensus is that Bella, with her angst-ridden relationship with the vampire Edward, is one of the worst examples our daughters could emulate. Bella is clingy, helpless and self-doubting. She is willing to withdraw from life and sacrifice everything—self, friends, family—for an obsessive romantic attachment to Edward, who while being handsome and chivalrous also just happens to be a stalker battling a powerful urge to consume her and destroy her. Author Stephenie Meyer was inspired by classic literature—Pride and Prejudice, Romeo and Juliet and Wuthering Heights—for the first three books, but it is not difficult to see examples in real life of young women who are trapped in a world like Bella’s. Only for them it’s not a dreamy romantic fantasy but a nightmare of poor self-esteem and abusive, self-destructive relationships. No parent in their right mind would like to see their daughter aspire to any of this.

But ironically, in standing up for strong teen-girl role models, what most of the blogs and columns have underestimated is just how strong teen girls are in their opinions and critical reasoning abilities. I think one of the worst things we can do as parents and educators is to dismiss or belittle girls’ love of Twilight, or assume that girls lack the ability to form their own valid opinions of it. Just because Bella makes dubious choices, it doesn’t mean girls are automatically going to do the same. Girls are often highly articulate about why it would be utterly wrong to take the same path as Bella in real life:

I don’t like Bella’s character. Nothing can ever please her. Ever. She whines about absolutely everything, and the only person who seems good enough for her is Edward, which I think is a wrong view to have. —Cherie

Bella experiences crippling depression after she is dumped by Edward . . . If someone wanted to kill me because I smelt delicious, I don’t think I would feel never-ending numbness or pain—maybe more like happiness, joy or relief even. The fact that she can’t function and feels the need to block emotion really does not send the right message. But it’s not just this that I object to; it’s the controlling nature of the relationship. When Edward comes back, he won’t let Bella see her best friend. Turn this situation into a real relationship without vampires—well, that’s domestic abuse.—Maxine

I ended up hating Bella because she is SOOOO needy. But the boys creeped me out too—I could NOT handle having a partner up in my face like that the WHOLE time.” Kris, commenting on Mia Freedman’s blog.

Given the passionate views that so many girls and women have about Twilight—both pro and anti—I actually think it has the potential to be hugely beneficial to girls. It provides the perfect opportunity to communicate with girls and raise crucial issues. One teacher I know who works with a group of 12–18-year-old girls as part of a church youth group started a discussion session after the New Moon movie came out:

When I asked them what they thought of Bella, it took a while to get them to see her faults, but eventually they realised that she was not really that nice after all. She used Jacob relentlessly. She bailed on her friends all the time. She lied to her parents. She put herself in ridiculous danger to prove a point. She endangered the lives of her friends. We were able to discuss these points and talk about what would have been better choices for her . . . They led the discussion themselves and were able to identify the problems . . . We were able to have a great discussion about friendships, loyalty and safety.

Plenty of grown women are Twilight fans and besotted with Edward. Perhaps 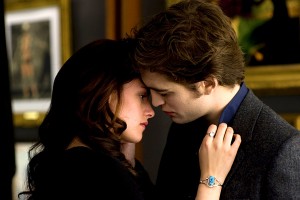 that’s because Twilight takes them back to their own teenage years and the intense emotions of falling in love for the first time, with its almost inevitable pain and drama. What a powerful reminder these books can be for women of the ups and downs teenage girls are going through. Teenage emotions are so overwhelming and big, but as adults it’s easy to lose sight of that and try to minimise what girls are going through. But when we underestimate or make light of teenage crushes, first relationships and first breakups, we can create even more despair and conflict.

I do also think that Stephenie Meyer has instilled some positive values in the Twilight characters, and it can’t hurt to chat with girls about those as well: Bella does not embrace raunch culture; she dresses almost like a tomboy. She doesn’t diet or talk about weight, and she is largely uninterested in her appearance. Yet she is singled out for attention from the other characters, reinforcing that girls don’t have to dress provocatively or obsess over their looks to be loved and valued. Another positive you might have noticed is that Bella doesn’t feel the need to drink alcohol; nor do any of the other characters. And you certainly couldn’t call their alcohol-free lives uncool or boring.

While I don’t suggest for a minute that the Twilight books and movies are works of artistic genius, I do think that there is a benefit in anything that gets girls reading. It is even better if it encourages them to read the classics that inspired Stephenie Meyer.

But most important of all is the chance Twilight brings women to bond with girls over something they feel strongly about. One of the reasons fantasy fiction is so popular is that it provides a safe space to indulge in fantasies that should have no place in the real world. We can look at the Twilight series as a safe place to let hormones and wild emotions reign for a moment, mothers and daughters alike. Most importantly, it can be the impetus for mothers and daughters to talk. To talk about what a good, nourishing real-life relationship is. To talk about the mistakes we grown-up women have made. The compromises it’s okay to make in a relationship, and the ones we should never make. That it is healthy to develop independence and resilience. We can revel for a time in Bella’s intense story—but talk about the ways in which she could look after herself and respect herself so much more.

4 thoughts on “Making Sense of Twilight”