Last month, I watched Pride and Prejudice on DVD. I can’t tell you much about it because I was madly distracted by Keira Knightley’s top lip. Huge. Like someone had cut a Floaty in half and glued it to her face. I couldn’t remember noticing that Floaty lip before so I checked with Dr Google and discovered that even though she’d been photographed leaving a plastic surgeon’s office a couple of years ago and despite the fact Stevie Wonder could have spotted the lip inflation and deflation during her career, 23 year old Ms Knightly swears she’s au natural: “I haven’t had my lips done,” she told a reporter. “Can I just say that I haven’t?” Sure Keira, you can say it. But what you say doesn’t reconcile with what we see.

Celebrities are liars.  That’s my bold statement for 08. OK, maybe some celebrities don’t lie. But most do, particularly the ladies. And it’s messing with my head, dammit.

They say “I think botox is creepy, I’d never put a needle in my face.”
They say, “Oh, I hate exercise. I stay fit by breathing deeply.”
They say, “Of course they’re real!”
They say, “Yes I did have a procedure on my nose but only to correct a deviated septum.”
They say, “I’ve never tried drugs, I’m too much of a control freak.”
They say, “The split is totally amicable and we’re still best friends.”
They say, “I’m very low maintenance. A bit of lip gloss and I’m out the door.”
They say “I’m 34”.
They say, “I don’t believe in nannies. I do everything myself.”
They say, “I never really wanted to be famous.” They say, “I was only giving the transsexual prostitute a lift home because it was raining and I’m a Good Samaritan.”
They say “I’m so blessed to have fallen pregnant naturally with twins at 49.”

And why is this a problem for me? Because when I read about celebrities I compare myself. Yes, I know this is pointless and stupid. But hey, I’m a girl and girls compare. It’s our job…”

Mia Freedman wrote a fabulous piece on celebrity liars earlier this month. I have adapted the extract above; it is really worth a look.

And oh yes Mia – I hear you! And yes – although we are smart women, all the lies do feed us as we play the Compare and Despair game.

Our hunger for all things false seems insatiable- we devour images that are almost all photo shopped and airbrushed. Worse still, we listen entranced to the air brushed words that spill out oh-so-seductively from celebrities mouths.

I thought I would share some very rare recent examples of celebs FINALLY telling it like it really is.

So refreshing. So liberating. So REAL!

“(when I get excited) sometimes a little bit of wee comes out!”

“I’ve sat by in silence for a long time now about the way women’s bodies are constantly scrutinized. To set the record straight, I’m not upset for me, but for all the girls out there that are struggling with their body image. A size 2 is not fat! Nor will it ever be. And being a size 0 doesn’t make you beautiful. What I should be doing is celebrating some of the best days of my life and my engagement to the man of my dreams, instead of having to deal with photographers taking invasive pictures from bad angles. To all girls with butts, boobs, hips and a waist, put on a bikini – put it on and stay strong.”

Actress Jennifer Love Hewitt, defending herself after pictures of her in a bikini were published with demeaning headlines such as “We know what you ate this summer, Love – everything!” 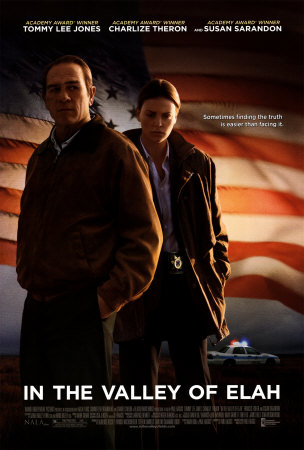 Charlize Theron talking to a journalist about the unflattering (by the usual Hollywood standards) images of her used to promote her new film The Valley of Elah.

“The belly is certainly not what it was. The boobs are certainly not what they were. You do think, ‘Oh, God!’ but at the same time, I was playing a mother, and it’s so important to me to have those things look as real as possible. More than ever now, I believe it’s so important to look as real and true to life as possible, because nobody’s perfect. I seem to be on a mission, but I don’t want the next generation, your daughters and mine, growing up thinking that you have to be thin to look beautiful in certain clothes. It’s terrifying right now. It’s out of control. It’s beyond out of control. For a long time being seen as a role model seemed like a huge responsibility, but if I am that to some young women, then that’s great. I’m tremendously flattered to be looked up to in that way, and I feel an enormous responsibility to stay normal and true to myself and not conform and all those things. You know? To be healthy. And normal. And to like to eat cake.”

Kate Winslet discussing her feelings about filming a nude scene in her film Little Children.

May the truth set us free. We have all fallen victim to the beauty myth. We all wee, bloat, flop, bulge and just do the best we can on any given day.

And we all deserve to eat cake …those of us who can still move our lips around a piece anyway.

8 thoughts on “Keeping it real”