AND the importance of moving beyond finger pointing.

Queensland school girls have formed an exclusive club, known as Club 21, which encourages members to be ranked between 1 and 21 based on their thinness, good looks, binge drinking escapades and popularity with boys. This number is then drawn on their hand for all to see.

The club not only operates at St Patrick’s Mackay, but has gone global via the internet and chat rooms.

This story has caused significant shock in the media. However it is unlikely this type of bullying – of each other and those who didn’t make it into the club – came as a shock to many teen girls. It was likely no surprise to their teachers either, who witness the various manifestations of the “Compare and Despair” game that teen girls are so good at playing, in playgrounds right across Australia. Recent studies show three out of five teen girls report being teased about their appearance at school. Girls in particular judge themselves and each other on how they look and on how popular they are bo

th with other girls, and with boys.

When I was a teen girl at high school much of lunch time was spent rating our peers. It was our own little real life version of the magazines we grew up with that asked us, in virtually every issue, to decide whether particular clothes were in, or whether a celebrity was hot or not. We felt powerful playing these games – we may not have been able to control many elements of our lives, but we tried to control how we looked through diets, and we could definitely control each other through ridicule.

The rules in girl rating games, both then and now, are not difficult to follow. Be considered hot by your peers and in particular by boys – and score points. Getting a highly desired boyfriend means an instant advance to the top of the club. I was lucky enough to have landed the school “spunk” at one stage and was elevated from classroom “brainiac” to the girl everyone wanted to know almost over night. He dumped me a year later for a girl considered even hotter – at just 14 she was already a model appearing in women’s magazines and parading in labels sold only to rich thirty-somethings. My dream run at the top of the charts was destroyed.

What makes this latest story of highly organised girl competiveness newsworthy is the use of technology to spread the ranks.

In my early years as a teacher in High Schools, I found it relatively easy to intercept notes critiquing other girls. Technology means these same messages can now can reach thousands of recipients in moments. Harmful messages found on toilet walls could be scrubbed off – it is much more difficult to delete messages once they have gone global.

The potential for misuse of the cyber world is alarming. But we cannot blame the internet alone. It is after all merely a tool, it is all too easy to blame the evils of technology rather than examining why our society has become more and more toxic for our young people.

Just why has girl self hatred gone mainstream and global?

Years of watching reality TV and being invited to rank contestants and evict / put below the yellow line / vote off those not entertaining enough or thin enough or sexy enough to keep us interested have no doubt played a role. And if Paris can get famous for being rich, thin and for sleeping around why can’t they? Elements of the media have been most hypocritical in their reporting of this incident. They have judged these girls harshly when these young women have really only responded to the fodder they have been fed by these same image obsessed magazines; magazines that perpetuate the misconception that success is dependent largely on appearances and sexual desirability. 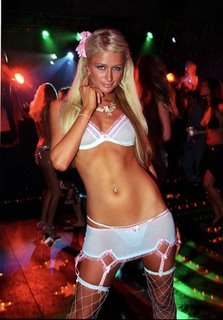 This incident is also a sad reflection of a society that makes our girls feel lonely. When they cannot find real connection at school, or at home, they look for it in cyber world and find all their deepest and darkest fears and fantasies fed on sites that promote eating disorders as a lifestyle choice, sites celebrating images of “girls gone wild” trashed and flashing their breasts at parties.

The reality is many women play this same compare and despair game too. Studies have shown that while up to 65per cent of teenage girls think they are less beautiful than the average girl, 84 per cent of women over 40 think they are less beautiful than the average woman. A survey released by the Australian Women’s Weekly just this week found that only one in six women were happy with their weight, one in five had such a poor body image they avoided mirrors and 45 per cent would have cosmetic surgery if they could afford it. Binge drinking appeared to be rife too, with a third of the women surveyed drinking too much and one in five women admitting she had been told she had a drinking problem.

As grown up women we no longer rank ourselves from 1-21 but many of us do get up in the morning and let the number that flashes up on our scales dictate our mood for the day.

Many of us tell our daughters they do not need to change in order to be beautiful while we rush for botox. We tell them inner beauty counts whilst we invest in plastic surgery and devour magazines that tell us that it is really only about air brushed perfection after all.

We may saddened by Club 21, but why are we shocked? Girls cannot be what they cannot see. If even the grown up girls are comparing and despairing, is it any wonder that our daughters do not know what “I am me, I am ok” looks like? 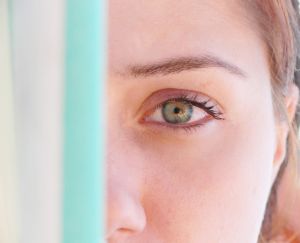 Let’s not blame the victims here. After all, these are young girls – pushing boundaries, exploring and making mistakes. We shouldn’t fall into the easy trap of simply making these girls out to be uber bitches. Rather, they are a sad reflection of the times. We need to dig a little deeper and address the toxic messages our girls are fed and ensure these are countered with positive body image programs and messages of strength and resilience.

News flash! With the upgrades to Edublog, I can now upload the audio of an interview I did with Prue McSween on this topic. Enjoy!