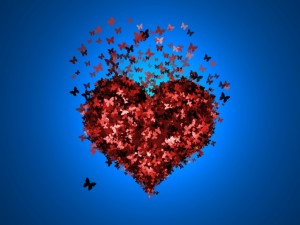 We truly love all the girls we work with, and we have all been deeply affected by the deaths of beautiful Paris Wilson and Cameron O’Neill-Mullin, both aged 16. We had the honour to work with both girls in an Enlighten presentation at St Hilda’s, in Queensland, three weeks before a ski tubing accident claimed their lives in Goondiwindi. Paris was a student at St Hilda’s and Cameron was an exchange student from Maryland, in the USA.

Cameron was still wearing her pink Enlighten 21-day armband and at her mother Tricia’s request, we are sending 20 armbands so that Cameron’s family members can now wear them, too. We are honoured to spread the love to Tricia’s family overseas and are incredibly moved to have had an impact in Paris’s and Cameron’s lives.

In celebration of their lives, I would like to share with you the eulogy that Paris’s older sister, Bianca, read at her funeral service. It is one of the most beautiful and moving eulogies I have ever read. Bianca described the one last perfect day together they would have if she could steal Paris back from heaven.

I closed my eyes and set the scene in the city of love, Paris, on a sunny yet breezy day. You were wearing your, sorry it was my, blue and white angel dress, until you decided I gave it to you.

Your hair was naturally, yet perfectly, curled and it wisped around your face.

Firstly, I helped you do your makeup, instructing you on which of the many brushes to use first.

We would be walking down the quiet alley ways and main streets, tasting all the foods that people would be offering us, especially not hesitating on the chocolate.

We would be surrounded by people, though we would feel as if we were the only ones in the world.

We would talk in different accents, speak so fast that we couldn’t understand each other, and laugh until it hurt.

We would flirt with French boys and you would flutter your incredibly long eyelashes and flick your beautiful blonde waves in the wind.

Then they would tell you that you were really nice to take your little sister out for the day.

Eventually we would enter a boutique, and you’d pick out a million and one outfits to try on and parade around the store in, just to show everyone how amazing you looked.

You would then call up mum and dad, trick them into believing it was me talking, and then ask for their credit card number.

Bianca then described Paris as a butterfly:

My reasoning for this is because you make friends so easily, you touch people – not only their head but their heart, you’re not afraid to show your true colours, and most importantly, you have what they call the butterfly effect, where a flap of a butterfly’s wings can change the course of weather around the world.

That is what your breathtaking smile is like, when one person sees your smile, they smile, and eventually the world will smile back . . .

My memory of you and the image of your face is 100% perfect, whether you were breathing or not.

I love you so much Paris Cassandra Wilson, my student, teacher, best friend, baby sister and now my beautiful guardian angel.

May you fly peacefully and freely.

Butterflies were released at the ceremony.

The eulogy was printed in the Goondiwindi Argus. Our thoughts go out to Paris and Cameron’s families, friends and everyone whose lives they touched.

7 thoughts on “Celebrating the Lives of Paris and Cameron”