Please note: the blogging platform I use, Edublogs, filters out words like p*rn, hence the need to use asterisks. If you wish to comment, please use symbols to avoid your text being automatically deleted.

In a previous blog post, “Teens and P*rn, dealing with difficult truths”, I posed the following question: ” What messages will this generation receive about desirability if their emerging sexuality is largely shaped by p*rn?” P*rn is nothing new, but it has never been more accessible than it is today, thanks to the internet. In the excellent 2009 UK television series The Sex Education Show, three out of ten high school students interviewed said they learned about sex predominantly through viewing p*rn*graphy on the internet and mobile phones, or in magazines. However, recent Australian research conducted by the Family Planning Association provides some hope. This survey found:

Dr Deborah Bateson, Medical Director for Family Planning NSW said “The results show that young people seem to have an appropriate level of scepticism when it comes to using the internet for sexual health information.” The survey found that although young people are turning to the internet as a source of information, only 21% trusted the information they found and only 16% of adolescents trusted what they saw or read in the media.

It is pleasing to see young people may be cautious about believing all they see online. However, even if they don’t view internet p*rn as a source of information about sex, surely viewing it still shapes their impression of what a sexual relationship may look, sound and feel like? And I have to say, I am worried. I have come out in the media before expressing the need for caution and remain concerned that adolescents are having their sexuality shaped by internet p*rn, which is more often than not  focused solely on male pleasure, often degrading to the female participant and, indeed, often violent.

Even very small children may inadvertently stumble upon the most graphic of sexual images. When my daughter Teyah was 8 years old she searched Google images for a picture of a nun for a school project and was faced with p*rn images of women being abused in nun outfits. A few years later she accidentally typed in “hotmale” instead of “hotmail”. If you are looking for the Aussie website aimed at teens that claims to be “empowering girls worldwide”, girl.com.au, and forget to add the “.au”, you will hit the awful  girl.com, which features explicit images of pre-pubescent-looking girls posing naked.

The Australian government’s report Adolescence, P*rn*graphy and Harm addresses some very real challenges parents and educators face in its conclusion:

Though restricting exposure will remain a priority, an over-reliance on this approach to protect against the perceived harms of p*rn*graphy is problematic as it fails to recognise the realities of ready availability and the high acceptance of pornography among young people. Moreover, it fails to examine the holistic way in which adolescents’ sexual expectations, attitudes and behaviours are shaped in our society and the complexity of factors that give rise to the cited harms. Protecting young people necessarily requires equipping them, and their caregivers, with adequate knowledge, skills and resources (e.g. media literacy; sex education; education about pornography and rights and responsibilities of sexual relationships; safe engagement with technologies) to enable successful navigation toward a sexually healthy adulthood, as well as tackling factors predisposing to sexual violence. 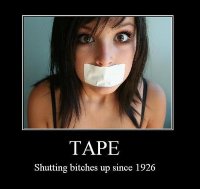 The internet can also be host to sites that are “temples to human cruelty”, a term Melinda Tankard Reist used to describe Facebook pages she alerted us to that depicted girls others viewed as “sluts”. Other pages I have seen that sickened me included one where people posted pictures of animals they had abused, and a page named “It’s not rape if you yell surprise.”  The image to the left is one taken from a Facebook page where members could discuss how they had used physical violence to “shut their bitch up”. A relative newcomer on the social networking scene is Formspring. Many parents are already telling me this site, which allows participants to ask others anonymous questions and post anonymous comments, is particularly frightening. It is very attractive to many teens as it is by its very nature confessional — “Ask me anything . . .”  Young people are often drawn to the notion of sharing secrets. However, most of the questions I have seen asked are really just designed to shock and hurt: “Are you really a slut, because everyone at school thinks you are.”

At my company, Enlighten Education, where we discuss a wide range of topics with young women in schools, including cyber safety and responsible use of technology, we have deliberately chosen not to run workshops on sexuality because families have their own values they wish to instil, and girls need to hear messages about sexuality at different ages, depending on their cognitive, emotional and physical development. We do believe, however, that by helping girls develop a strong sense of self, we are equipping them to be better able to make their own choices and to view themselves holistically – not just as a body but a heart, soul and mind, too.

In my book, The Butterfly Effect, I offer parents the following as part of an “Action Plan” to help raise healthy, whole young women:

Talk to your daughter honestly and non-judgementally about sex and her own sexuality. Her school will provide information on personal development and sexuality, but she needs you to be involved in this dialogue, too. This is part of your core business in raising your daughter to become a happy, healthy woman. When is the right time to start? I had a very wise grandmother who used to say ‘If a child is old enough to think of a sensible question, then they are old enough to hear a sensible answer.’ Keep in mind, though, that the onset of puberty is a stage of development that will unfold over many years. There is no need to discuss everything all at once. Be guided by her physical and mental maturity level, and her interest.

Be prepared for a few awkward moments; I have found that older teen girls often try to shock by asking questions they don’t think we will have answers for. (‘So what is a 69’er?’) If you respond calmly and in a matter-of-fact way, they are usually so impressed by your inability to be fazed that they go on to ask very thoughtful questions that really do matter to them. If you don’t have an answer, be honest and admit that you don’t know. In can be a powerful exercise to attempt to find answers together.

Be willing to attempt to resolve differences of opinion or at least be prepared to hear your daughter out, which will give her practice articulating her values. However, don’t back away from ultimately being the adult who sets limits about sex; and expect her to respect these. Encourage discussion by asking open-ended questions and actively listening to her.

It is vital to discuss the emotional component of sex, but think twice before making black-and-white statements such as ‘Sex is only for people who really love each other.’ Ideally, that might be true, but the reality may be quite different. Sex may be an expression of love, but it may also be an expression of boredom, curiosity, lust or even dark emotions such as anger or hate – for girls as well as boys. I have seen girls who engage in sexual acts only to later feel embarrassed by them. By helping your daughter to develop her emotional vocabulary, you will be helping her understand that sex not only has obvious physical consequences – pregnancy, STDs – but also an emotional impact. The glossy ads and catchy song lyrics rarely discuss complex human emotions. You should.

I’d be very interested in hearing your suggestions on how you are dealing with the ugly elements of cyber world.