* Trigger Warning -displays and critiques images that may disturb.

Today marks the last day of the annual international campaign 16 Days of Activism Against Gender Violence. Australia’s Sex Discrimination Commissioner, Elizabeth Broderick, explains why we all need to act to prevent violence against women:

One of the first steps an abuser takes in self-justifying their violence against another is to dehumanise them. And all around us—in advertising, on the net, in music videos and TV shows and movies—we are bombarded with images of women who are dehumanised, degraded, reduced to their body parts, or Photoshopped to a machinelike ideal of “perfection”. When degrading images of women become commonplace, what chance is there of building respect? Without respect, can we ever curb violence and abuse?

On the final day of the campaign, I’m calling on marketers and advertisers to think about the way they portray women. Because only by changing cultural attitudes can we change the culture of violence.

I did a workshop with the gorgeous young women at Quakers Hill High School in Sydney a couple of weeks ago. One of their teachers, Jenny Linklater, is an avid reader of this blog and a supporter of Enlighten’s work. She teaches visual arts and wanted to show me an article in the October issue of ProPhoto, a magazine for professional photographers, that had alarmed her. It was a profile on the 2010 Australian Professional Photographer Of The Year, Peter Coulson. Many of the images of women he was applauded for were shocking to say the least, like these “cheeky” (BTW—is it just me or are you also sick of anything offensive against women being dismissed as merely “cheeky”?) Raven shoe advertisements he produced that apparently thrilled and highly amused the client. 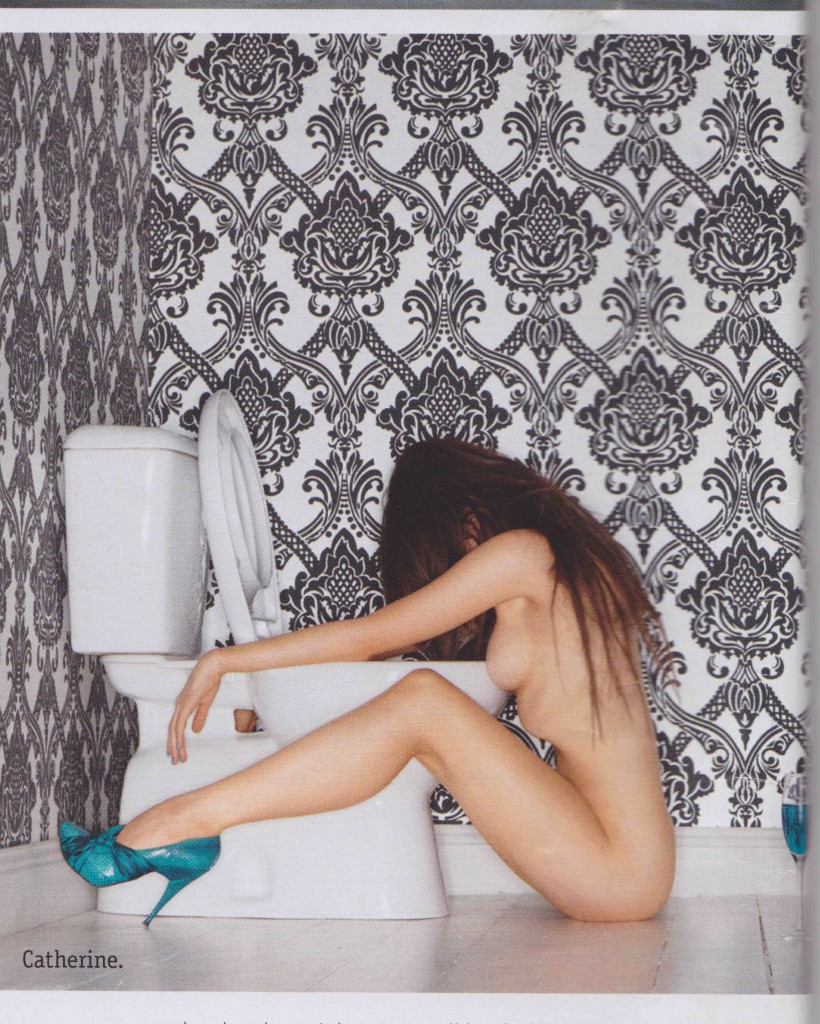 In the accompanying article we are told Mr Coulson has an “absolute love of fashion”, which he likes to mix with the macabre: “He has a weird sense of humour.”

I don’t get the joke. And whilst he may love fashion, there is certainly no love for women depicted here.

These images dehumanise women . . . in order to sell shoes.

Are we really worth so little?

Speak up. In your homes, classrooms and online. 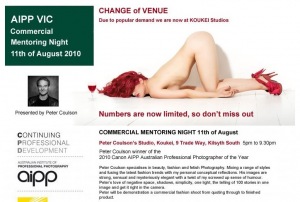 Peter Coulson has been asked to present at major industry events as a “mentor” to show other advertising photographers how they too can create “strong” images like this for their clients. Email the editor of ProPhoto, Paul Burrows: pburrows@next.com.au and let him know that images like this aren’t “cheeky”, they’re damaging. Let Coulson’s client, Raven Clothing & Accessories, know that consumers are tired of being sold products with degrading images of women. You might also want to express your opinions to the Australian Institute of Professional Photography (AIPP), which honoured Coulson with the award and organised an industry event he spoke at.

Footnote to last week’s post on NZGirl’s “Lovely pair” campaign: Rachel was given the opportunity to debate the founder Jenene Freer on Close Up Tv . During this heated discussion, Jenene made the case that it was a genuine attempt to raise awareness of breast cancer and to raise money for research. On Tuesday of this week the foundation has put it on record that it neither supports nor endorses the NZ Girl campaign in any way. NZGirl have now added the following to their Facebook page: “The New Zealand Breast Cancer Foundation have requested we clarify any reader confusion and state that the ‘lovely pair’ campaign is in no way supported or endorsed by The New Zealand Breast Cancer Foundation.”

4 thoughts on “Because we’re worth more.”