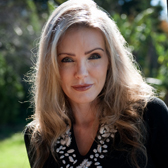 This week I’d like to share a guest blog post written by Dr Karen Brooks. Karen is an author, social commentator, columnist, academic and public speaker. Karen’s book Consuming Innocence is one I would highly recommend to all teachers and parents who want to know more about the impact popular culture is having on our children and on the family unit. This post was originally published in the Courier Mail and is reprinted here with her permission. I am hoping this will stimulate discussion – what do you consider to be harmless fun, and what should warrant caution, or indeed alarm us?

Pop princess Katy Perry made global headlines last week for singing a duet with Sesame Street Muppet, Elmo, as part of the show’s 41st season. After numerous complaints, the skit was pulled from the proposed line-up (but remains on YouTube).

What were the complaints about? Perry’s attire, cleavage and breasts.

Others have now leapt to both the creator’s and Perry’s defence.

In the midst of the fuss, the makers of Sesame Street uploaded another clip, also featuring Muppets; this one a parody of the popular and very adult fantasy HBO-TV series, True Blood.

Based on Charlaine Harris’s Sookie Stackhouse novels, True Blood is full of sex, blood and fangs. The Muppet parody, True Mud, while using puppets designed to resemble characters from the TV program, focuses on rhyming to create a lesson for its very young viewers.

Vampires are now “Grouches” and their desire for a drink of synthetic or “true” blood is transformed into a need for a mud bath.

Preschoolers learn about words such as “spud”, “dud” and “thud”, before a mud bath is wheeled out.

The end result may be dirty, but is the execution? Depending which side of the road you’re on, the air might be sweet, but Sesame Street is no longer “A OK”.

Is it just conservative wowsers, or are the complaints about Perry’s low-cut dress and the references to a vampire series valid?

Do the Sesame Street skits really deserve to have so much attention focused on them?

The answer is yes. Especially when they succeed in being pleasing, perplexing and push boundaries.

The Sesame Street producers have always intended to cater primarily to young children. In her book Buy Buy Baby, Susan Gregory Thomas says when the show was conceived in 1968, the producers not only used developmental psychologists, who drew on the principles of complementary but very different approaches to cognitive growth in kids, but also they saw the show as a guiding social agent, for at-risk children.

To judge from current commentary around the Katy Perry and True Mud skits, it seems that all kids are at risk from the offerings of this stalwart of children’s television.

Like any successful product designed to capture children’s hearts and imaginations, the creators of Sesame Street also have to ensure that there is enough content to please the gatekeepers – parents and guardians – as well. This means that like other products developed for young (and older) children, they will embed many meanings and levels in the one tale so it can appeal simultaneously to children and adults.

Arguably, any child with responsible parents would never make the connection to True Blood or Katy Perry’s, ahem, body of work either.

Nonetheless, catering to children while appeasing adults will always be a task fraught with difficulties that often attracts a critical eye.

As the chief executive officer of Enlighten Education, Dannielle Miller, points out, “there are plenty of other artists who might like to hang with Elmo … choosing Katy Perry continues to blur the line between childhood and the adult world of raunch”.

But the complaints about Katy Perry’s attire and her breasts can also be read as a type of “slut-shaming”; something Miller also recognises.

This is when, by drawing attention to certain female displays and performances, a society shames young women into controlling their sexual self-expression and covering their bodies. It is a public way of taming and thus policing (and limiting) burgeoning female sexuality.

There’s no doubt we have to be so careful when it comes to being alert to the sexualisation of children in culture.

What the Perry incident draws attention to is how easy it is for something to be read in multiple ways – sweet and appropriate, tasteless and inappropriate, adult and childish – by a very wide and hyper-critical audience. When children are the target demographic, the scrutiny only intensifies.

But we also have to be careful when engaging in these kinds of debates not to make boobs, literally and metaphorically, of ourselves.

If you are interested in finding out more about the issue of the sexualisation of children, apart from Karen’s book I would  recommend you read some of my previous posts as it is a topic I also  feel very passionate about: Lady Gaga’s Toxic Mess, Girls in Trouble in a Post-Feminist World, and “She’s just a cute tween…” to name just a few.

I urge you too to find out more about the wonderful work being done by Julie Gale at Kids Free 2B Kids, and Enlighten’s own Catherine Manning at Say No 4 Kids. After reading Karen’s book you may also like to purchase a copy of  Melinda Tankard Reist’s excellent collection of thoughts on the topic by some of Australia’s most prominent child experts:Getting Real: Challenging the Sexualisation of Girls. My book, The Butterfly Effect, also explores how parents can help their girls move beyond Bratz, Britney and Bacardi Breezers. I am thrilled at the support my book has received and was thrilled that channel 10 did a news story on it just this week. I am hoping we can all help keep girls issues on the agenda.

One thought on “Be alert about sexualising kids but don’t make boobs of ourselves.”