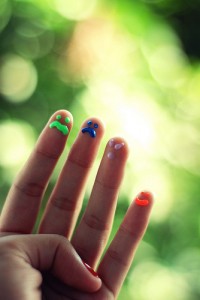 This week I have been:

Inspired by singer Vanessa Amorosi as quoted in the Sun- Herald November 2nd. We are told she fell out with record execs after she refused to mime or take her clothes off: “It was that time and era, it was the Britney Spears days – it was all about sex sells. Of course I resisted because I was 16. There’s nothing sexy about a 16-year-old…I’m very,very driven and I work hard. I don’t get pushed into corners.”

Grateful for my work. This week in NSW alone we have worked with (and fallen in love with) over 450 girls and received the most beautiful, stunning feedback. The newspaper report below provides a useful insight into why teenage girls desperately need to hear strong, passionate, alternative voices: http://maitland.yourguide.com.au/news/local/news/general/program-gives-teens-an-image-boost/1353359.aspx

Angry at the media’s treatment of the 14 year old teen girls who wrote their mobile phone numbers on their backs when sunbathing at a Sydney beach. Were these girls putting themselves at risk? Absolutely. Was it a foolish thing to do? Yes. But does this silliness mean they are “slappers” ( as I heard Paul McDermot on Good News Week call them – after also making a joke about how sexy he finds 14 year old girls) ? NO! How about this judgement by Nikki Goldstein as reported in the Daily Telegraph: “Really what they’re saying is ‘Dial me up for sex’ . . . when they’re actually below the age of consent.” They are not saying this at all! These young girls may want attention ( and, more likely, a giggle amongst themselves) but is it right to assume they are asking for dial-a-sex?  Would commentators have been so scathing is it had been a group of boys publicly displaying their mobile numbers? I was furious too at the snide reference in the report to the girls being from the western suburbs. This detail has no relevance and was clearly just another excuse for the media to judge “westies”.

Interested in a recent report from the US that links sexual content on television to teen pregnancy and the implications this has for parents.

“We know that parents are busy, but sitting down and watching shows together with their teen, talking about the character portrayals, talking about what they just witnessed, and really using it as a teachable moment is really, I think, a good recommendation from this research” (Lead Researcher Anita Chandra.)

Annoyed at the blurb for a book entitled “The Big Book of Girl’s Stuff” that is promoted in my daughter’s school book club (Scholastic) this month. It reads: “The no 1 totally must have for all Aussie girls! Find out how to make a fake belly button piercing, what to do about a killer crush and more!” Mmmm…all the REALLY important stuff is given priority.

How has your week been?

5 thoughts on “A week of mixed emotions.”